A Word About Michael Gove 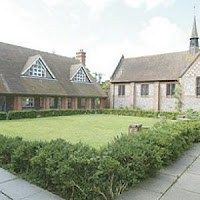 Education is an area that interests me intensely so it might not be surprising that I'm spending the early evening watching the education funding statement on the parliament channel at this very moment (exciting, eh?).

Suffice to say, and in the spirit of his refreshing brevity and precision, Michael Gove is giving one of the more polished parliamentary performances I've seen in defending his policy of suspending Ed Balls' pie-in-the-sky, dishonest pre-election plans for building and refurbishing 700 schools. A number of facts are emerging thanks to Gove's extraordinary mastery of the detail, not least among them the bureaucratic waste, vast inefficiency and dreadful mismanagement of PFI contracts by Ed Balls and the department he apparently headed (even though he seemed far more busy most of the time trying in his role as Gordon Brown's barely house trained thug, propping up the auld fraud and protecting him almost 24/7 from his own cabinet, a full time job in itself).

Gove's handling of the various whining Labour opposition MPs, moaning about things that their own pathetic leadership brought down on them, is just breathtakingly good. The more insulting and detached from reality they become, the more witty and precise his answers become and, in a spiral that can only ever tarnish the grim image of the socialists further, causes the Labour MPs to become even more insulting and detached from reality.

The reason for this is simple: the principles underpinning Gove's policy initiatives, even ones that amount to large but necessary cuts in the education budget at a time, thanks to the disastrous failures of the previous government, of great insecurity in the public finances, are bullet proof. Better value for money, less bureaucracy and higher standards through greater choice are on offer. And you would bet your house that Gove is the sort of man who will deliver.

All poor old Balls, the biggest villain of this piece, can do meanwhile is moan about the list of affected schools not being available in the Commons library for a handful of minutes. That really is the best he can do - and it's not very good, is it? I think I can predict Gove's response: "Ball, E: must do better, but on the strength of past performances probably won't. D-".

Gove is a truly impressive figure - everyone knows that. But when he's up against the likes of feeble Balls and his ilk on the opposition benches, he looks like a world beater. Cameron beware!

Oh dear. And Balls is still moaning away - this time about his money fiddling of that dodgy Islamic faith school some aeons ago. Labourists - you've gotta love 'em (sort of). They are totally clueless. It's a wonder to me they remember to breathe.