Just found a Tory circular in my email putatively from Baroness Warsi. Here's the important bit (my italics):

On behalf of all of us in the Conservative Party, I congratulate Ed Miliband on his election as Leader of the Labour Party.

He will have many challenges ahead in these next few days, but if he wants to be taken seriously, the first thing he's got to do is own up to his role in creating the mess that Britain is in and tell us what he'd do to fix it.

From advising Gordon Brown in the Treasury in the 90s, to serving in his Cabinet in the 2000s, he must recognise his central role in creating the financial mess we're all paying for.

For the past five months, all we've heard from Labour is knee jerk opposition to our plans to tackle the deficit. Now is the time for Mr Miliband to tell us what he'd do instead. He promised us a Labour spending plan before the spending review, now we'd all like to see it.

The new Labour leader now has a clear choice. He can either serve the national interest by joining with us and the Liberal Democrats and set out how he would cut the deficit, or he can stand on the sidelines and refuse to engage with the biggest challenge facing Britain in decades.

The fact that Ed Miliband owes his position to the votes of the unions does not bode well. At the moment this looks like a great leap backwards for the Labour Party.

Spot on. Miliband Minor, the one who sounds like he's underwater when he talks, can't be permitted to wriggle his party out of its responsibility for the massive economic, social and foreign policy calamities its previous leadership and cabinet wrought on this country. Miliband Minor must also be brought to book the instant he caves in to his militant socialist union backers.

Personally, I expect the Coalition to treat this latest Labour clown with the contempt he so richly deserves. I know I will.
Posted by Jon Lishman at 9/25/2010 07:12:00 pm 2 comments:

After minister of the Crown for Business, the overloading-Cable's electrifying all out, carpet-bombing, nonsensical assault on the fundamental process of wealth creation, the basic tenets of civilised capitalism and, amusingly, all business generally, at the LibDum conference, I was just wondering what should be David Cameron's ironic song of the month. I've come up with this one:


Perhaps others can think of a better one. For myself, the only electricity currently flowing from this unhappy political arrangement is the stuff from the power stations that the lefty enviro-loon Chris Huhne hasn't closed down (yet) and will never replace anyway once he does. Our coalition-compromise lunatic Energy minister has stated categorically that he will not allow new power stations to be built, not just nuclear ones but any type as far as I can see, until George Osborne gives in to his tax reform demands. The tax reforms are actually a pretty good idea if taken in total theoretical isolation. But the fact that mad-Huhne and his insane-professor mentor, Cable, are demanding these things from their own government, and that hatstand Huhne is prepared to hold the entire nation to energy ransom to get his way, tells me two things:

1) This coalition is one major reality check away from welcome collapse.
2) Cameron better realise that his friends are very definitely electric. They switch their loyalty on and off at the drop of a headline.

These dudes have strayed way off the reservation territory the Tory-LibDum treaty had so fairly mapped-out for them.

No book-burner I. In my ideal world, we turn our detractors from backwardness to comfort through a message that I believe should come with the strength of the beauty that is Christian (Catholic) largesse (sanctified but absolute free will nonetheless).

Anyway, that's all I really have to say about that.

Nice sort of to see you all again.

See? Christianity, if properly engaged with, is simply a very good thing. I challenge you or anyone else to prove otherwise.
Posted by Jon Lishman at 9/11/2010 03:55:00 am 5 comments: 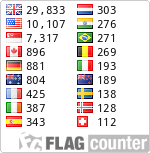