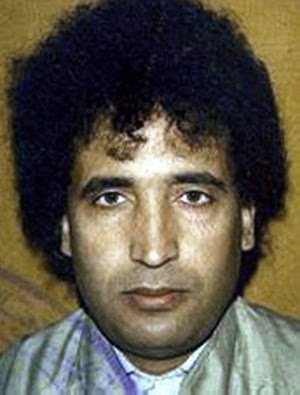 This time from some excellent chap named Daniel Korsiki in the Speccy. (Makes a pleasant change from Alex Massie's nonsensical interventions, at least.) If you really can't be shagged to click on the link, I've lifted the entire text - purely for your convenience, you understand - (and certainly not because I'm the internet equivalent of a parasitical growth feeding off the good ideas of others. Some might disagree with that, of course, and that's just peachy. They can bog off, can't they :)

One of the oddest parts of Libyagate is what it says about Gordon Brown’s notions of devolution. The Prime Minister does not want to comment on the affair because, we are told, he sees it as a matter for the Scottish government, not the British government.

So, if the actions of a devolved but subordinate level of government go against the state’s interests, the leaders of that state should stay mum? That's certainly not the view taken by successive US administrations; they have often condemned state-level actions, even when the federal government has been legally powerless to do anything in practice.

The UK has no written constitution as in the US, but a clear constitutional settlement nonetheless. Now I am not a lawyer, but as far as I understand it, the UK Parliament retains sole authority to legislate over so-called reserved matters. This can only be altered by further primary legislation of the UK Parliament. Within the Scotland Act 1998 reservations to all devolved matters are those concerned with the UK as ‘a state’ and include e.g. the Constitution, foreign affairs and defence.

Let's play a little thought experiment. What if a devolved level of government takes an action that is within its legal competence but which leads to war with the state and a third country? Would the state have the right to curtail the otherwise legal actions of the subordinate level of government to defend the whole country's interests and security? Most people would say so.

That was an extreme example, but the point is serious and recognized in international law. Under the so-called laws of state responsibility, a state is responsible for the actions of its officials and organs, even if the organ or official is formally independent. It is even responsible if the organ – in this case a devolved level of government - is acting ultra vires, that is, “beyond the powers” of the state. Indeed, entities not even classified as organs of the state may still be imputable, when they are otherwise empowered to exercise elements of governmental authority, and act in that capacity in a particular instance. So the UK is legally responsible for Scotland’s actions.

In other words, if the power to conduct foreign relations is truly an exclusive competency of the UK government, with no role for the devolved bodies, a logical consequence is that some devolved actions and indeed laws impinging on foreign relations are invalid, even in the absence of already-established UK government policy. Libyagate is not only about Gordon Brown's politically-calculated absence, or Kenny MacAskill’s misguided notions of compassion, but about a constitutional grey area that should be explored further, at the very least by the Judicial Committee of the Privy Council, which is responsible for legal matters arising from Scottish devolution.

Interesting. It seems quite conceivable to me that the Scots would want to try to get their own back on, I assume, the "English" for dragging them reluctantly into umpteen wars, including two of the global variety, by doing exactly the same thing.

What is certain, though, is that this moral and political travesty perpetrated by the unhappy, well-connected, corrupt-as-hell, Scottish political sets that are the SNP and the Scottish Labourists, like Brown, is not going to go away any time soon, Brown's attempts at pretending it never happened (and that he had nothing whatsoever to do with it) notwithstanding.

One simple reason why this is true is last night's revelation in the Telegraph about the freed terrorist himself, Megrahi. He's not quite as close to death's door as these idiots had led the world to believe. He was not in need of quite as much compassionate leave from justice as the sanctimonious SNP windbag who did the deal with Labour to let him go would like us all still to think.

This attack was echoed by the Tories, who said that the most recent medical consensus was Megrahi would live eight months, too long to be eligible for compassionate release.

The row broke out as Gordon Brown finally ended his silence on the controversy, but refused to say whether he agreed with Mr MacAskill's decision.

The Prime Minister stressed he had “no role” in the release and he was “angry and repulsed” at the hero's welcome that greeted Megrahi on his return to Libya.

A storm of international condemnation has met Mr MacAskill's ruling last week to release Megrahi, who is suffering from prostate cancer, on compassionate grounds.

Scottish Prison Service (SPS) guidelines suggest that inmates are only freed if they have less than three months to live.

However, Dr Simpson, who specialised in prostate disease research, said: “It is clear to me from the medical reports and the opinion of the specialists that Megrahi could live for many more months.

”Kenny MacAskill released him apparently on the advice of just one doctor whose status is not clear and who is not named.”

Dr Simpson, a former member of the British Association of Urological Surgeons' prostate cancer working group, said the minister should have sought a second opinion from a specialist in palliative care.

A health assessment compiled by a SPS medical officer for Mr MacAskill, states that last autumn Megrahi was given between 18 months and two years to live.

Who'd have thought it? He's not quite so poorly after all. Aside from the legal implications for the Scottish Injustice Secrectary, the political and moral implications of this man's survival beyond the bizarre three month life expectency limit imposed upon him by a two-faced Scottish system are severe for the pathological liars and cowards involved in this whole, stinking affair, like Brown and, of course, Mr "Higher Power" himself, MacAskill. They are now, for example, in the unenviable position of wishing this man dead - in a hurry. Very compassionate.

The only thing people with any sense are going to conclude from this latest - and worst - outbreak of Brown/Labour dishonesty is that it really is time for change. If nothing else than because we need someone - anyone - to come in and start the long - oh, so long - process of clearing up their incalculably costly, universal mess. As implied elsewhere on this blog, this latest scandal, terrible as it is on its own, has also provided further unequivocal evidence that Brown and anyone who is stupid or corrupt enough still to support him and Labour, have to go. Forever, preferably.

At the very least, perhaps a change of government will make the SNP-led Scottish "Parliament" think twice before declaring war on Pittsburg, or whatever it is they have planned as the next step in what passes for their barking, bankrupt "foreign policy".