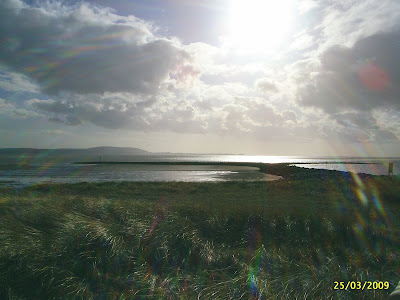 Learnt today from a friend that the college where I used to teach is cutting 87 jobs this month. It's not so much the cuts - if the funding isn't there and the overseas student revenue dries-up (that's been happening for 12 months now) then staff losses are unavoidable - it's the fact that senior managers will not be the ones facing the chop.

Like all county colleges over the past 20 years, this one has gradually been 'brought under management' meaning a whole tier of professional managers have been collected, from Principal down to campus office, who are divorced from the teaching profession yet completely and overwhelmingly remain 'in charge' of its highly trained practitioners - and the way they practise. It's never seemed to be a particularly logical arrangement to me, to put it mildly.

I don't object to a teaching institution being profitable one little bit - quite the opposite. And I don't even object to (realistic) target-setting in the name of 'standards' (as long as they are not ideologically motivated pseudo-standards, which, sadly, they invariably are).

I do object to the idea that teachers and ancillary staff are somehow expendable when times are tight but the council employed 'executive' class who've taken over tertiary education always appear to be completely bullet proof.

I suppose that because they are merely an extension of County Council authority in reality, it's inevitable they will behave the same way county councillors always have: with high-handed indifference to the people they are ostensibly put there to serve. It's a corruption of a noble concept which runs through this country from top to bottom. The NHS is the most stand-out example, of course.

If only we could rid ourselves of them somehow, once and for all, so the productive people can finally take over. Publicly funded career managers infiltrating the public professions en masse are palpably counterproductive and a terrible drain on national resources.

Maybe we could go for the Golgafrincham option.

Anyone know how to build a spaceship?

In the meantime, I just feel sorry for former colleagues now finding themselves under heavy sentence for a crime they did not commit.
Posted by Jon Lishman at 3/27/2009 10:00:00 pm