Rant on the Grauniad last night 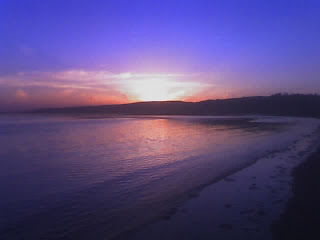 This annoying government has gone so far down the road to out and out fascism that I'm seriously worried we might not be able to salvage anything without tearing down the system and starting over. I'm not talking about some sort of ideological revolution, just total reform of the entire political/democratic/constitutional arrangement. Easy!

The economy is in crisis because of the breakdown of parliamentary government, and not vice versa.

My typically bilious reaction was:

God these people make me sick.

Call a bloody election so we, the people can decide if we want the post office to be privatised, pulvarised, abolished, saved or sold to Iceland for a pound.

Call a bloody election so we, the people can say whether or not we want our children's futures mortgaged to the hilt to bail-out, buy-out or blow-up banks mismanaged by mates of the ruling elite (including Mandy, Harriet and, of course, "elite"-mate-in-chief, Brown).

Call a bloody election so we, the people can decide if we want to be subjected to unlimited state spying and ever-expanding police power through laws made by substandard, squalid ministers routinely pocketlining from the public purse.

Call a bloody election so we, the people can decide if we want - or ever wanted - Gordon Brown to be prime minister during the most disastrous economic crisis this country has ever faced - and that he played a huge role in creating.

Nothing less than political fascism is emerging in this country right now and only a general election - right now - can at least begin to restore democratic principles so appallingly undermined since catastrophe-Brown took power and, before that, Bomber Blair was given it.

We must have a government with a fresh mandate to govern in the new landscape - if nothing else than to begin to arrest the nightmare decline of British democracy.

This woeful public spat between Mandy and Harriet, two equally arrogant and ambitious autocrats, is merely fresh evidence of a dead government.

A leader of a government with a defunct mandate, no authority, no discipline and no confidence must resign. For the good of the country Brown must go. Right now.