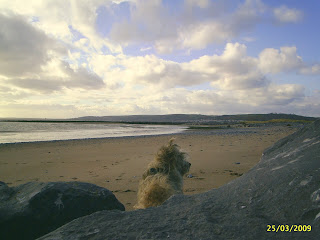 It's interesting how the left have chosen to deal with the lighting conductor impact of Dan Hannan's speech.
They seek to betlittle ( only an unknown Tory Euro MEP but now famous ), the smear ( Tory boy, Oxford Union type - like many public school educated Labour people - see Harman and Blair), to misrepresent ( only a few people looked ), to use ploys to hide from any criticism ( Well Tom Watson did this on his blog ), to misrepresent what was said and try and spin the facts ( see Labourpist by Dolly ).
The speech was fantastic. Many people, millions of people, have been dying to tell Brown what Dan did.
The BBC/Guardian establishments reaction is predictable, depressing spin wanting to put the population back on the prozac of articles such yours.

From a chap called 'ManinAshed'.
Well done that man (in a shed).