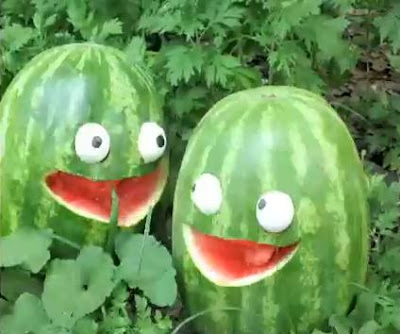 These are the kind of fuckwits (Delingpole, Richard North) who think there’s a conspiracy when their article doesn’t appear on Google News or use Google search hits as example of how big the story is.

Calling them ‘denialists’ is being too kind: they should be abused at every instance for the stupidity they churn out. They should be ridiculed, parodied, cussed, and constantly called out for the idiots they are because they deserve it.

Let the scientists do the science. But outside that world is a media full of bullshit artists who have vested interests in promoting ’scepticism’. The Spectator magazine’s hosting of the AIDS denialism film is just one small example. If we retreat on this war between ideologies by trying to be nice, while all they do is throw vitriol and propaganda, then we’ve already lost... There is no reason to take these people seriously or even off them an ounce of respect. If that means the political debate is charged – so be it.

It seems that this moron is calling on loony greens everywhere to be as "vitriolic" (to use his term), violently offensive and libelous/slanderous as possible wherever and whenever they detect any sign of criticism (or "scepticism" and "denialism" as they prefer to call it in their world of anti-debate) of the whole MMCC scam. But is he saying this in the name of the "Green" movement? Of course not, he's saying in the name of the socialist, labour movement to which he subscribes, which hijacked the Green agenda long ago and turned it into what it is today: a misanthropic, anti-capitalist, post-Soviet redux masquerading as an environmental crusade. It's therefore hardly surprising that the sickening slur "denier" is used so frequently. It deliberately associates critics of the warmist agenda with neo-nazis. (Marxists, socialists and communists always were very good at propaganda, after all. And nothing else.)

My point is that the next time anyone is smeared with the term "denier" in public, by dishonest socialists like Hundal, the answer is to sue for defamation. Immediately. It's that serious. Oh, and there I was wondering why the left has suddenly become so obsessed with the libel laws of Great Britain. Now I know: they want to make it impossible for people to protect themselves against mad watermelons like Hundal, who, once the libel laws of this country have been suitably twisted in their favour, would be able to call anyone anything he liked for any reason he chooses. For that reason, and many others, idiots like Hundal and his ilk, deaf as they are to criticism (mindless doctrinaire socialists always are) and blind as they are to the realities of climate change (it's got bugger all to do with people), can be considered a menace to democracy and a threat to freedom of speech and other inalienable human rights. And they should be treated as such; as loonies.

Unfortunately, they also happen to be calling the shots at the moment. So the peril is real. At least until a cure is found for the thought disease that is causing it.

Incidentally, if any doubt remains in your mind about the connection between post-soviet communists and the modern Green, AGW-pushing bandwagon, read this bizarre, pretty troubling article by "former" committed communist, Bea Campbell, from the Guardian (where else?) a few weeks ago. It's titled, rather unsurprisingly, "Why I turned from red to green."

Here's an extract if you can't face the whole thing:

The Green critique of modernity's Faustian recklessness helps to make sense not only of capitalism but also the tragedies of state socialisms. For progressives, whose politics hover between the centre and the far left, this is decisive.

The communist states of the 20th century did for socialism. I was a dynastic communist – my parents were British Bolsheviks, they were good citizens, and became better when Khrushchev gave permission to criticise Stalinism. All that crashed with the Soviet invasion of Czechoslovakia. They could not relinquish the Soviet Union, and thereafter our family rows were on the terrain of Russia. The worst insult my father could hurl was: "You're just a social democrat!"

I remained a communist until 1989, when it was all over. I was part of the anti-Stalinist, Euro-communist wing. We were clever, caused trouble, caught the imagination, but we lost. Or maybe we failed.

Green ideology represents the reconciliation of production and reproduction – that is what yields sustainability.

See? Once a red loony, now a green loony - but still really a red loony, just daubed with lashings of green propaganda. There's no epiphany, just extreme vanity and extremism. In fact, this person and so many like her are just about as egomaniacal as it's possible for a human being to be without actually regressing fully into some form of narcissistic solipsism; a complete but ecstatic break from reality. But they cling on with their fingernails and the support of like-minded, wrongheaded individuals, who serve merely to service and reinforce their delusions.

And people wonder why I'm doubtful that man made climate change is a real, measurable phenomenon, especially after the Climategate scandal (and the emerging, similar NASA story). Well, not people like the loony Hundal, actually. He just thinks I'm a nazi. Nice - and QED: the man is not sane.

One thing is certain, though, David Cameron might have gone green in the name of saving human beings from their tendency to like to keep warm, but he had better wake up to the fact pretty pronto that he's playing with political fire.
Posted by Jon Lishman at 12/03/2009 08:17:00 pm