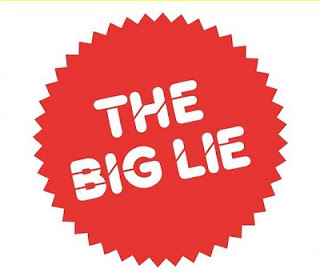 Seems to me that just about all the polls, dodgy or not, are showing that the Conservatives are pulling ahead. But the Angus Reid one (and they're the most trustworthy pollster, we are led to believe by some) today in the Express, should send shockwaves through the Labour party. It is Labour's worst poll since 1918 and, if repeated, would represent the eclipsing of Labour by the Liberals - who knows for how long. The marginals poll, as reported in the Spectator, confirms the trend too: the bells are beginning to toll for Labour.

Generally speaking, therefore, from now on, it is pretty clear that the best Labour can hope for is to limit the damage in this general election as far as possible, and try to come out of it with at least its core vote just about in tact. As for the blame game, I think that's already started with party loyalists not having to look too far for the main culprit. The only problem is that in blaming Brown for an atrocious campaign and for dividing the party, Labour MPs also condemn themselves. It was them that arrogantly installed him unchallenged as leader in the first place, and the electorate knows that.

A strong element in the causes of Labour's dwindling support must be the punishment factor. I can tell you pretty confidently that people I know, for instance, have never forgiven Labour for inflicting Brown on us without even a leadership election for them to have a look at him first. They simply do not believe Labour any more, with good reason, and if not exclusively, then partly, because of this. They feel they've been taken for granted, and made fools of by a party that's completely out of touch.

Hang on, there's someone at the front door and my dog's gone bananas...

Well, now. That was timely. Labour activists delivering yet more leaflets, this time in person. I've got a stack of them now. They must really think this ultra-safe seat's become marginal, and that is truly extraordinary.

But, a brief glance at the campaign literature handed to me by the jolly, red rosette wearing man and the drop dead gorgeous Labour woman (maybe they've done some research on me!) tells me that they still just don't get it. Nothing in the pamphlet will change people's minds that they cannot be trusted to tell the truth. Quite the reverse, actually - it just confirms people's suspicions in that it contains, sadly, the same sort of now-familiar Brownite smears about, for instance, the Tories planning to eat pet cats or something (well, abolishing bus passes for OAPs, which is a lie). It's very depressing, desperate stuff and a strong indication to me that they are on the way out in Wales for the first time ever.

My money is therefore still on an earthquake election, with Labour being hammered into third place and, if not Liberal-style oblivion, then a truly shocking reverse. Good news, if you think they deserve it, as I and an awful lot of other people plainly do.