Libyagate: As If We Didn't Know... 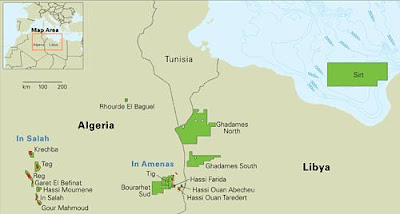 The British government did decide to release Megrahi to sweeten a BP oil deal, the Sunday Times has revealed. So, they lied - to everyone. And Brown has pulled his usual trick of scuttling off to talk nonsense to our soldiers in Afghanistan when the heat's on at home. Only, it won't fly this time for him because marines are dying this time while he's "in country".

The British government decided it was “in the overwhelming interests of the United Kingdom” to make Abdelbaset Ali Mohmed al-Megrahi, the Lockerbie bomber, eligible for return to Libya, leaked ministerial letters reveal.

Gordon Brown’s government made the decision after discussions between Libya and BP over a multi-million-pound oil exploration deal had hit difficulties. These were resolved soon afterwards.

The letters were sent two years ago by Jack Straw, the justice secretary, to Kenny MacAskill, his counterpart in Scotland, who has been widely criticised for taking the formal decision to permit Megrahi’s release.

The correspondence makes it plain that the key decision to include Megrahi in a deal with Libya to allow prisoners to return home was, in fact, taken in London for British national interests

In a letter dated July 26, 2007, Straw said he favoured an option to leave out Megrahi by stipulating that any prisoners convicted before a specified date would not be considered for transfer.

Downing Street had also said Megrahi would not be included under the agreement.

Straw then switched his position as Libya used its deal with BP as a bargaining chip to insist the Lockerbie bomber was included.

The exploration deal for oil and gas, potentially worth up to £15 billion, was announced in May 2007. Six months later the agreement was still waiting to be ratified.

On December 19, 2007, Straw wrote to MacAskill announcing that the UK government was abandoning its attempt to exclude Megrahi from the prisoner transfer agreement, citing the national interest.

In a letter leaked by a Whitehall source, he wrote: “I had previously accepted the importance of the al-Megrahi issue to Scotland and said I would try to get an exclusion for him on the face of the agreement. I have not been able to secure an explicit exclusion.

“The wider negotiations with the Libyans are reaching a critical stage and, in view of the overwhelming interests for the United Kingdom, I have agreed that in this instance the [prisoner transfer agreement] should be in the standard form and not mention any individual.”

Within six weeks of the government climbdown, Libya had ratified the BP deal. The prisoner transfer agreement was finalised in May this year, leading to Libya formally applying for Megrahi to be transferred to its custody.

Saif Gadaffi, the colonel’s son, has insisted that negotiation over the release of Megrahi was linked with the BP oil deal: “The fight to get the [transfer] agreement lasted a long time and was very political, but I want to make clear that we didn’t mention Mr Megrahi.

“People should not get angry because we were talking about commerce or oil. We signed an oil deal at the same time. The commerce and oil deals were all with the [prisoner transfer agreement].”

His account is confirmed by other sources. Sir Richard Dalton, a former British ambassador to Libya and a board member of the Libyan British Business Council, said: “Nobody doubted Libya wanted BP and BP was confident its commitment would go through. But the timing of the final authority to spend real money was dependent on politics.”

Bob Monetti of New Jersey, whose son Rick was among the victims of the 1988 bombing, said: “It’s always been about business.”

It's not the "national interest" excuse that jars, or even the deal itself. People might or might not regard these as justifiable (I don't). It's the obvious collusion that's gone on behind the scenes with the Scottish executive to lie about the real reasons for releasing the terrorist in question using the "compassionate grounds" legislation as nothing more than a convenient loophole. It's the constant lying to the British people - even when they know we know that they are lying, but go on doing it anyway. It's the attempt, incompetent as ever, to cover-up their misdeeds in the most brazen manner possible. It's the cynicism, the dishonesty; it's the corruption and, no doubt (because crooks like Mandelson are involved), the sleaze.

Above all, it's the sheer, world class stupidity of this government that people will no longer forgive.

This scandal should bring down this Labour government. It's rotten to its core. It was only a matter of time before it deceived not just the British people, but the world, once too often. That time has come.

If political corruption on this scale can't force the chief perpetrators out, then there is something seriously wrong with Britain. I fear that that could well be the case, so I won't hold be holding my breath.

Perhaps Gordon can explain to the troops while he's out there why he is doing deals with the type of people they are trying so hard (indeed, have been ordered) to defeat. Of course, it'll be too late for about 200 of them, and rising.