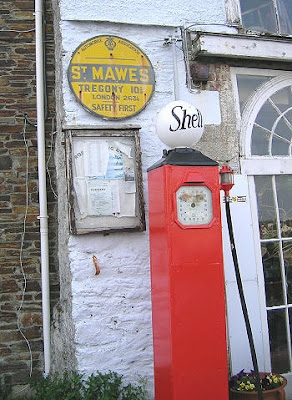 I've been watching the oil price with some interest over the past few weeks, not least because there has been some speculation that it is entering a very bearish period - for traders, that is, not for consumers - due to oversupply (Iraq is coming back into the equation, for instance, combined with the fact that many companies 'parked' huge quantities of crude offshore in tankers to keep the price artificially high during 2009 and that has added to the glut now, especially in the US where demand is still relatively weak). The NYMEX price fell for the eighth consecutive day today to hit $69.63 - and the trend is still downward, not least because of a stronger dollar.

Now, I fully appreciate that the pound's relatively weaker value on the foreign exchanges and other factors, like the delay between the commodity's price fluctuations and price movements at the pump is normally around three weeks, but this does not explain why I am still being forced to fork out anything between 108 and 114 pence per litre today, given the significant recent falls in the price of the black gold. Those are $110 a barrel levels. By my back-of-an-envelope reckoning, even taking into account pricing delays and currency devaluations, I should not be paying much more than 98p per litre, perhaps even less. So what the hell is going on?

There seems to be a serious dislocation here - and we are being hammered because of it. Why? No idea, but it's inevitably not going to be a good reason in ripoff Britain, although I'm sure Treasury ministers and their oil company chums will have some patronising, soundbite excuse. So I expect any falls, which are long overdue anyway but might not be coming at all, to be swallowed up by the return to the very expensively, temporarily suspended 17.5% VAT rate. If the falls don't come in the next couple of weeks, why then, in January (unless oil prices fall substantially further, which is unlikely), we in Britain will have to cope with further forecourt price rises. Unbelievable!

I'm sure it'll make the watermelons happy but, Brown and Darling, this is no way to start an economic recovery. Idiots.