Fiddling the Figures While Britain Burns-Out 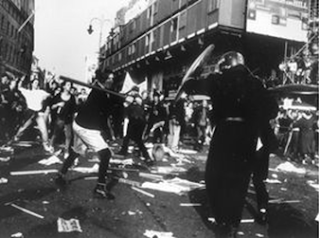 
The Telegraph has just published the IMF's response to the worst budget in British history. Their analysis gives the lie to the government's claims about the depth of the crisis it has largely caused. This unsurprising news also appears in the Times.

For instance, Britain's economy, they say, is going to contract not by 3.5% - the Darling/Brown [made-up] figure - but by at least 4.1%. This wrecks the rest of the useless Chancellor's massaged but still truly frightening figures, especially the lies about public sector borrowing.

I still maintain that there is every indication that not-only is Britain now insolvent, Labour's hidden debts combined with collapsing revenues having robbed the country of any hope of weathering the storm, but is literally on the brink of collapse.

So the next stop must now be, in the face of this weird, zombie Labour budget, debt default and international humiliation. 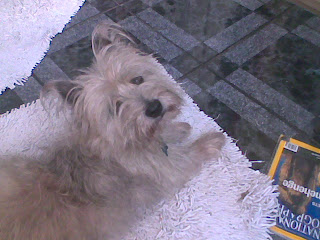 My Dog: Pretty Relaxed About the Budget.