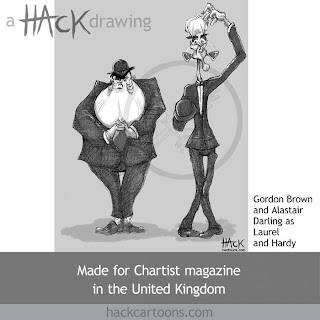 So says the Evening Standard tonight. It goes on to report that the chancellor's spokesman predictably denied that Darling had misled the House.Yet, as the Standard says:

Benjamin Williamson, economist at the Centre for Economics and Business Research, said he now expected a 4.5 per cent decline over the full year. Ross Walker, of RBS Economics, said the data marked “an atrocious start to the year” for the UK economy.

Whether the chancellor knew his figures were wildly optimistic or not - and now it appears he was out by a full percentage point in his forecast for this year's contraction - is irrelevant.

If he knew, then he lied. If he didn't, then he is incompetent. Either way, he has to take responsibility.