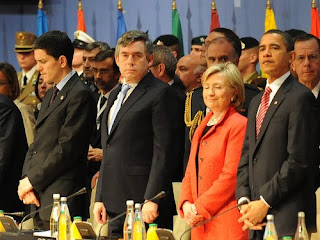 Who Farted?
According to the Times, Brown's internet management team, or whatever the Labour morons call themselves, are so sensitive to criticism they're disabling viewer comments.

For myself it's not so much that they're telling potential voters to shut-tf-up - that's fairly common practice with UK political party tube channels - it's their wonderfully dumb spin on their whole, utterly shambolic New Media 'strategy'. For example, from the article:

“We have changed our approach. It is right that the PM gets his message across new channels and engages with the public in ways that suit them, in addition to using traditional outlets.”

Priceless. As Paul Staines is quoted as saying in the same article:

“They put a load of pictures of him up on Flickr [and] every Friday morning I scan through the photos on there and find the most stupid one I can. You can just use it to make him look like even more of an idiot.”

Well, that sounds like fun. We should all be having a go...

So, they've changed their approach all right: make Brown look as weird as possible as often as possible through every internet outlet in existence, alienate the viewers and then watch him crash ever lower in the polls. I think this must be that part of Labour political canvassing theory called the 'kamikaze technique'. Someone should tell them Please, no one tell them it didn't work for Tojo - and it isn't working for Broon.
Posted by Jon Lishman at 4/27/2009 11:36:00 pm