Minister for Digital Engagement to Resign? 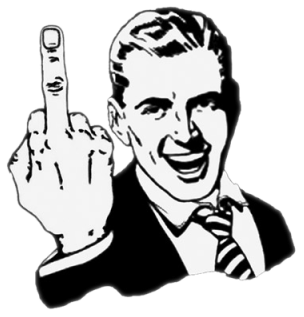 Chances are this story is going to run and run. It seems inconceivable that the so-called Minister for "Digital Engagement" (Minister for Smears, in other words) did not know about the email smear campaign against senior Tories and dissenting - or "right wing" as the smearists prefer - bloggers run by Damian McBride and Derek Draper, further that he was not a part of that campaign, something which politicalbetting.com suggests is simply impossible.

There will be blood over this sorry saga. What makes it far more serious and damaging for Labour is that it is emanating from No10 itself. The blood spilt must be some of Brown's most precious.

I for one believe that the Minister for Smears is on his way out for the simple reason that this government's sole priority has always been, and is always, to protect Gordon Brown. They've had their work cut-out in doing that and a huge machine comprising umpteen press advisors, managers and analysts (all employed as civil servants and funded by the taxpayer) has grown and grown. It has one objective: not to win the next election so much as to keep Brown electable. It is utterly ruthless and nothing and no one will be permitted to interfere with that central motivation. Especially not ministers.

Nixonian? Sure. Desirable? For Labour, oddly, they seem to think it is. For Damian Green and for other innocent, competent people who oppose this disastrous government, perhaps not.

The problem for Labour is that Brown is at the centre of this storm whether they like or not. It will not be possible to cull those who are, in some cases quite literally, closest to him without the prime minister himself being heavily implicated.

Simply put, his people have gone way too far and they've attacked some smart people - the wrong people: people who know how to fight back.

The machine is out of control - and someone has to take responsibility. Watson (below) will be forced to, but I know and you know that the buck stops with Brown.