This left wing ("leftwing" as the Graun hacks prefer to use, pathetically copying the US media) seer seems to think the the next Tory government will be some sort of dystopic nightmare, a la Nineteen Eighty-Four or Darkness At Noon. You know, just like the last one wasn't and just like this Labour government has more-or-less been. Curious.

To be honest, I'm not especially interested in what this silly cow has to say for herself. She (and her husband) are the journalistic equivalent of soggy toilet tissue as far as I'm concerned. But some of the comments 'below the line' - some from people whom I know have absolutely no love for the Tories - are quite refreshing and, in fact, far more interesting than the original, basically dishonest bit of lefty propaganda penned by the other half of the Marrs show. If you really want to read it then you can find it on the Graun website. I wouldn't recommend it, unless you're very bored, so I haven't bothered to link to it.

A few of the comments... 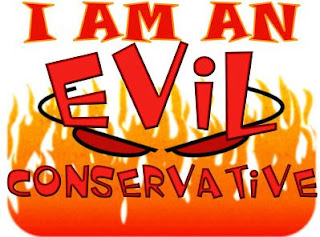 What are they supposed to do? They're history and they know it.

They can't uninvade the Middle East. They can't credibly repeal reams of legislation like 4,000 new criminal offences and manic control-freak surveillance without looking stupid. They've been well and truly rumbled on the fact that their "investment" in better public services has been at the price of mortgaging my childrens' futures, and probably their children too, while they've studiously ignored the hard questions like public sector pensions.

I'd like to say "the left" faces being out of office for a generation, possibly for ever. But let's be honest, "the left" has already been out of office since 1979. It is not only an ex-parrot, the species is extinct.

The Guardian kindly provides a forum for a few nostalgic old relics to muse and dream about what might have been.

a big expansion in further education, F.E has been all but privatised under Labour and the workforce demoralised by new and onerous contracts.

public investment in transport Oh yeah? Where? Most weekends you can't get a train anywhere because they've all been cancelled.

success in containing terrorism The worst terrorist atrocity - the London bombings - took place because of and following Labour's wars of aggression - they caused this terrorism.

You need a reality check, Ms Ashley. I've never voted Tory and probably never will, but I'd rather have them than this bunch of authoritarian, spendthrift, high-taxing, freedom-hating, war-mongering, expense-fiddling liars.

This country needs a bonfire of its quangos; indeed one could go so far as to say that every single one should be closed down, its senior management and directors banned for life from public office, and their responsibilities passed on to elected MPs and mayors and councillors. Who, let's face it, could hardly do a worse job than the tens of thousands of petty paperpushers we are stuck with now. And that's before the enormous duplication and the total lack of accountability that quangos embody.

That you support such organisations is not surprising; you are after all a 'big government' social democrat judging from your writings. Personally I think government is by and large the problem, not the solution, but I suppose we can disagree on that.

However I do have to ask you, do you honestly believe that an incoming Tory government can be worse than the current one? Could waste more of our money? Fail to replace more of our power stations? Send more of our troops into battle inadequately supplied and equipped?

Cameron has his faults, but he's not Hitler, and he'd pretty much have to be to outdo brown in the civil liberties destruction stakes. Or don't they count either?

Who knows, maybe a Tory government will do something really liberal, such as scrap ID cards and ASBOs. Or perhaps junk the entire government funding for multiculturalism that has fucked up race relations in this country for forty years and more. Seeing Trevor Phillips and his whole cretinous and racist organisation on the dole would certainly make me happier than seeing another battalion of soldiers come home to P45s.

Sorry jackie, but I can't agree with this article; Labour have done far more harm than the minimal good they have achieved. Why don't all you Labour supporters vote libdem instead? They can't be worse, and will likely be much better, than your current loyalty.

I'll start the list of what's not going so well:

And so it goes on. And on and on and on. Ashley getting comprehensively trashed by her own readership. Not quite on the scale of the regular monstering Polly gets, but very entertaining nonetheless. At least we know what the Graun (and the Beeb) will be whingeing about in the coming years. "Tory cuts" will be the main theme, even though they absolutely know that what they will be attacking will be policies the Labour Party would have had to follow too, anyway - or finally destroy the economy for good. The Tories will have to cut spending to clear up Labour's monumental, catastrophic mismanagement of the economy, which has left us in the icy wastes of the deepest recession since WWII.