Why Labour Must Be Defeated 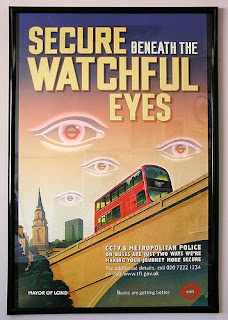 Superb, important post from Sharpe's Opinion which spells out some reasons why it is vital that Labour are defeated at the next election. It's not an advert for the Tories and rightly so. That would diminish the force of its argument.

DISCLAIMER: I don’t swear. I don’t rant. That’s my thing. Other bloggers, they rant. I don’t. I don’t write as an outlet for my rage, I just do it because I enjoy it. I keep my cool and try to write calm and collected opinion pieces. So the title of this post, and the rant which follows, I hope shows just how furious I am right now.

Deep in the ancient annals of political blogging history – last May, I think it was – I wrote a post about the BNP which started with what I thought was quite a funny joke:

I was, of course, lightly mocking the growing number of superficial similarities between Labour policies and BNP ones. “British Jobs For British Workers” being a classic example – a BNP slogan which Gordon Brown took as his own. The Labour Party and the BNP share ideas on a fair range of areas, in fact, particularly their generally redistributive economic stance. It’s oft-noted by better political commenters than I that the BNP tend to do well in strongly Labour areas.

It used to be something we all poked fun at, and pointed out to Labour supporters to get them all irritated. Gradually, though, the joke started to wear thin. Now it’s past its breaking point.

The thing is, what was ‘British Jobs For British Workers’ has now degenerated into the Dickensian idea, also a BNP policy, of sending teenage mothers to ‘poorhouses‘. And to add mocking insult to grievous bodily harm, this bright spark idea is going to be compulsory, according to Ed Balls, not optional as Brown and his media lobby would have us believe.

Seriously. Putting teenage mothers into care for re-education. Is that what we’ve come to? Is that the Britain we live in?

No, it turns out, it’s worse than that. That was yesterday’s news and, whilst anger me it did I have relaxed about it a little bit now1.

Because today we learn (and can we please get this to a wider audience) that somebody in New Labour’s government thinks they can determine somebody’s nationality using their DNA. That out there somewhere there are people with Kenyan DNA and Somali DNA.

I mean, can we take a moment to step back and discuss this a bit further, because I really hate false accusations of racism. It drives me round the bend when people use the word ‘racism’ as an argument ender, or worse as a straw man. That no politician can talk about immigration or multiculturalism without being bombarded with accusations of trying ‘to keep the darkies out’. I don’t care whether you agree with them or not – let them make their argument and challenge it on its own merits, not using some racism straw man. I can’t tell you how much it irritates me.

But this is something different. Because hidden behind the ‘DNA tests for asylum seekers’ story is somebody with a deep-seated misunderstanding of the concept of nationality, and of genetics, and of race. This is somebody who believes that a persons ‘Kenyanness’ is measurable, quantifiable, testable, based on their DNA. Does this same person believe that you can measure ‘Britishness’ by genetics? That there exists some model British DNA, distinct from the DNA of the French, or of the Pakistanis or the Irish or the Germans?

That, in essence, we are all different species to each other, and can be distinguished as such.

I’ve been racking my brains, but I can’t think of any other way to interpret this, or any other logical conclusion to the line of thinking which attempts to separate peoples’ nationalities based on their DNA. Either this is the way they think, and they are indescribably racist, or it isn’t and… Well, what? What else could it possibly be? Presumably, this isn’t a single person making this policy, either, but a committee. Presumably there is an entire working group at the UK Border Agency devoted to solving this ‘Kenyan problem’ and who probably don’t even realise that their natural impulses are walking them straight into Godwin’s nightmare.

And where’s the defence? Where’s the person willing to put forward the Labour Party’s side of this? These measures were announced near enough in silence. It’s almost like the Home Office are embarrassed about this, which I’d believe if I thought they were capable of feeling such human emotions as embarrassment. The only reaction I’ve seen from anyone so far is the one which adorns the top of this post – three simple letters that say all that’s needed.

The dying days of this Labour government are galling enough for those of us who see socialism as an inherently bad thing, who disagree that putting people in boxes will help them understand each other, who don’t think that state intervention in markets makes markets work more effectively, and who don’t think fairness means what Gordon Brown thinks it means. If it’s bad enough for us, how bad must it be for those disillusioned folk who voted for Tony Blair in 2005 and got this?

How bad must it be for those people who had faith in the Labour Party to help the needy and cure the sick. How bad must it be for the honest people who voted for Labour because they thought the Tories were the ‘nasty’ ones? How sick would it make you feel to know that you supported a moderate, centrist Government who promised you front line services, and you ended up with this.

This is a democracy, and we have a choice. Consider it your civic duty to remove your Labour MP from office. From this day forward I advocate voting for anyone who stands a chance of ensuring Labour cannot win another term.