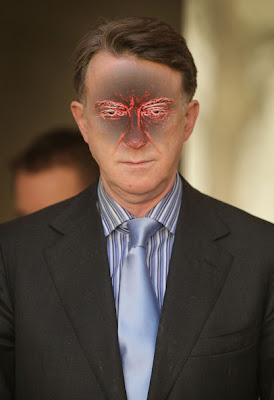 As Baron Sugar of Clapped-Out completes his journey to the Dark Side of the Force, arising as the new apprentice to vile Sith Lord, Mandelson of Death Star, the Imperial Broadcasting Corporation has apparently decided to continue the pretence that it isn't merely a servant of evil by stating it will not air the former's supershite reality TV programme during an election campaign. (Correction. The BBC has been banned from showing it, which suggests its clone army of mindless managers actually wanted to, which tells you all you need to know about them.):

The BBC was told today that it could not broadcast The Apprentice during an election after its governing body ruled that Sir Alan Sugar’s appointment as the Government’s enterprise czar risked damaging the corporation’s political impartiality.

The BBC Trust was responding to a complaint by Jeremy Hunt, the Conservative Shadow Culture Secretary, that Sir Alan, who became Baron Sugar of Clapton on Monday, should not be allowed to juggle the roles of government adviser and BBC presenter.

Although they rejected the complaint, the trustees said that allowing the Labour peer to present The Apprentice, or its spin-off programme, during an election period could lead viewers to think that the corporation was biased in favour of the Labour Party.

Yours truly firmly believes - and, one suspects, most of the rest of a country currently enslaved by unelected, incompetent Emperor Brown - that that particular starship blasted off into hyperspace long ago. 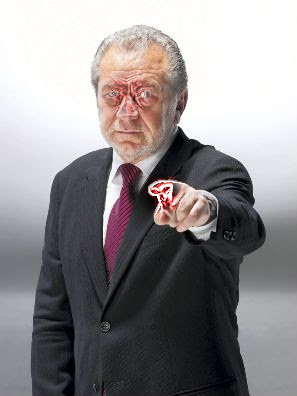 ...and new apprentice
Go ahead and show Sugar's appalling series, lefty Beeb politico-droids. It will make no difference to the election outcome.

One suspects the real reason they've been ordered not to is because their marginally more technologically advanced Trustee droids have made a simple political calculation (how's that for 'impartial'): once the emperor has been destroyed - and Lord Mandelson of Death Star with him - there will be reprisals from the erstwhile victims of their relentless Labourist propaganda, perhaps even to the point of the break-up of the entire corporation. And not a moment too soon.

Well, if Alan-bloody-Sugar can become an unelected policymaker and a peer of the realm (for services to himself, I guess), literally anything can happen in these, the final months of this particular B-movie government. We're in the realms of political fantasy these days after all, folks, so we can but dream that our rebellion is a total success and the last vestiges of the Labour Empire, including its broadcasting arm, are gloriously swept away, heralding the Return of the Tories (in a sort of deja-vu prequel).