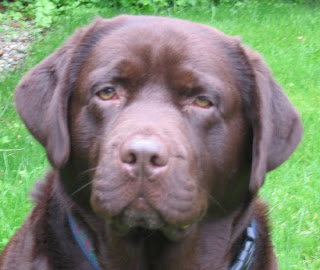 Gordon Brown's best friend, Lord Pal of Marrowbone
The Times is reporting that a multi-millionaire Labourist peer of the realm and running dog of Brown is being investigated for trousering 38 large of our money, for an Oxfordshire kennel belonging to an employee and in which he has never even slept. Lord Pal of Marrowbone, or whatever his name is, more or less has been caught red-handed by the Times. He appears simply to have rolled over and whined a bit upon hearing the news that his little caper's been rumbled with some of the most feeble excuses you will ever have heard. Bad boy. Here are the juiciest bits:

Lord Paul, one of Labour’s biggest donors and a friend of the prime minister, has admitted he never even slept in the flat, despite stating it was his main residence.

The one-bedroom flat was occupied by a manager from one of Paul’s hotels who confirmed last week that the peer had never lived there while claiming the expenses.

Paul, who has a family fortune of £500m, was actually based in London, where he has lived for more than 40 years.

By saying his main home was his manager’s flat in Oxfordshire, he was able to claim cash allowances which are available only to peers who live outside the capital.

Last week Paul argued that he had been entitled to claim the flat was his home as it was “available” for his use. He said he could have moved the manager out for the night if he stayed there, but he never did so. “I don’t say that I stayed the night — I said that it was available to me,” he said.

Yesterday Angus Robertson, the Scottish National leader in Westminster, said he would write to the police and the Lords authorities requesting an investigation. “It is outrageous to claim somewhere is your main home if you have never slept there,” he said

Paul, 78, a deputy speaker of the Lords, is a friend of Brown and his wife Sarah. He contributed £45,000 to Brown’s leadership campaign and is reported to have given more than £400,000 to Labour.

The questionable expenses claims were made between 2004 and 2006 when Paul was living in a London apartment block where he and his family own property worth £14m. But he told the Lords his main home was a flat at the three-star Bignell Park hotel, Oxfordshire, owned by his company. This enabled him to claim more than £20,000 a year.

He said: “The manager lives there and I always had the opportunity to tell him to go and sleep in the hotel — if I wanted to sleep. Or I slept in the hotel. But I didn’t spend that many nights there.”

When pressed on whether he actually spent a night in his main home, he replied “no”. He added: “It didn’t happen. But I never told you I slept there."

Er, yes you did, Pal - in your previous sentence. They're millionaires and they steal from us. And then they lie to our faces about it, contradicting their own tall tales in the same breath.

We've come to expect this from the arch hypocrites that are Labourists; their time will come. The bit I think I'm most interested in, therefore, is that this minted clown is a personal friend of the Prime Minister.

You can tell an awful lot about a man by the company he keeps. What this tells me is that Brown isn't just totally incompetent, arrogant and unpleasant, but that he's a crook, too.