The Egg All Over The Grauniad's Face 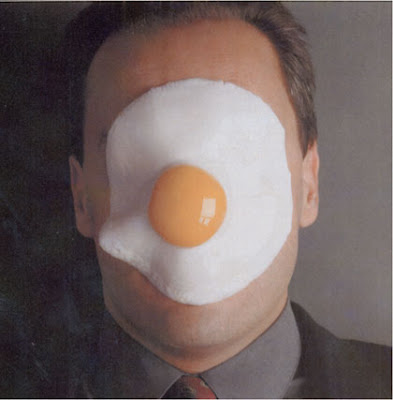 Nice to catch on Sky News just now that Coulson came-out fighting at his Select Committee "grilling" (as yours truly was hoping) and killed the phone-hack story stone dead once and for all, leaving the Grauniad's motly collection of pseudo-journos and Labour's halfwit, spinning goons with egg all over their sneering chops.

Suits me. And suits them. The Speccy has covered this pathetic non-event as well as anyone.

So far, so good for Andy Coulson and the Tories. The former News of the World editor’s appearance before the Culture Select committee earlier today passed without further revelations. And, despite the efforts of Labour spin doctors, this remains a media scandal, not a political one.

The first session overran by nearly an hour, perhaps this left the MPs mentally drained when it came to grilling Coulson. He swanned through the session, straight-batting everything with the very reasonable observation that at no point has he been implicated in any skulduggery. The only awkward moment arose when Plaid MP Adam Price forced Coulson to admit that he never queried Clive Goodman’s sources, and that he no recollection of a story about Prince William mimicking Prince Harry’s then girlfriend Chelsey Davey, ripped by Goodman from the Princes’ phones. But the demob-happy MPs did not take the opportunity to question Coulson’s judgement, and proceedings became more and more sedate. Even the usually bullish Tom Watson did not attempt to draw Coulson’s blood; in fact, Coulson drew Watson’s, comparing his ignorance of Goodman’s activities to Watson’s innocence in Damian McBride’s connivances.

The session ended - the committee neither wiser nor better informed. How could they be anything other? No evidence suggesting that Coulson or any other NotW journalist were aware of tapping has emerged. As Pete has said, unless that changes Coulson is safe. The Tory leadership will certainly be relieved.

Safe? Relieved? Even this is hyperbole. That the Labour goons and their slavish supporters at their tame newspaper who launched this limp attack on the Tories imagined that this could be some sort of payback for McBride is dim enough. That they were unsure of their facts before they launched it is simply risible. It's amateur night at Labour HQ - again.

It's pretty clear they have no inkling of just how much of a laughing stock they have become in the country. The only thing I'm really surprised about is that Coulson, in the thick of the fug of ignorant Labour bluster, managed to keep a straight face. Hey, Tom Watson! And hey, Grauniad! You've both just scored a massive own goal for Labour. Everyone knows the real motivation behind this nonsense (revenge!)- and everyone is giggling away merrily about how pathetic your hopeless handling of this whole mess has been from start to finish.