Brown: Bad To Worse To Terrible 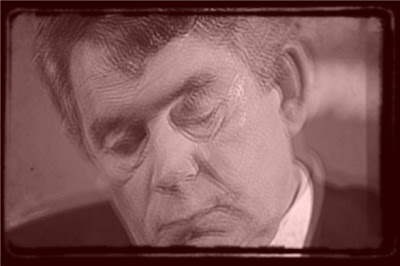 Peter Hoskin in the Speccy has given a pretty tidy round-up of the latest assault on Brown's mindlessly tribal and dishonest approach to Britain's coming years of austerity and stagnation, thanks to his record-breaking debt crisis after his superbust caused by his credit megabubble. Here's a bit of it.

It's public spending time again, dear CoffeeHousers, with a couple of eye-catching articles in today's papers. The first is a comment piece by Steve Bundred, chief exec of the Audit Commission, on the necessity for extensive spending cuts. If you recall, Bundred claimed a few days ago that health and education shouldn't be ring-fenced from cuts, and here he repeats the point, adding a snappy conclusion:

"So don't believe the shroud wavers who tell you grannies will die and children starve if spending is cut. They won't. Cuts are inevitable, and perfectly manageable. We should insist on a frank and intelligent debate about how and where they will fall, which will then enable everyone to make more sensible plans."

And the second is the Sunday Times scoop that civil servants are already drawing up "doomsday" plans for 20 percent cuts in public spending, fearful that "politicians are failing to confront the scale of the budget black hole". The article also claims that Downing Street advisers are threatening to quit unless Brown sacks the man "they blame for encouraging him to make misleading claims about budget figures": one Shaun Woodward. And there was me thinking that Brown wouldn't need any encouragment to spin misleading yarns about his "investment vs cuts" dividing line...

More evidence, as if any were needed, that Brown has comprehensively lost the argument on cuts and that his administration is now in a state of total disarray: divided, rudderless and out of its depth. The clock is ticking...
Posted by Jon Lishman at 7/05/2009 01:54:00 pm