I Am A Parasite 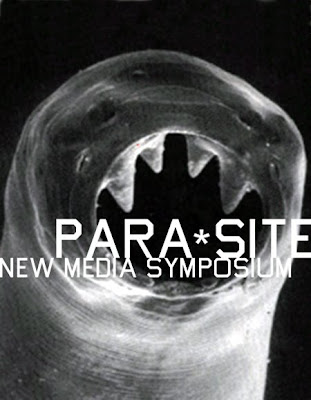 According to an article in the Guardian yesterday, some Yank judge is saying that because I write a blog which uses material from MSM newspaper websites, including the odd link through to articles , I am little more than a parasite.

"The bloggers are parasitical on the conventional media," Posner wrote. "They copy the news and opinion generated by the conventional media, often at considerable expense, without picking up any of the tab. The degree of parasitism is striking in the case of those blogs that provide their readers with links to newspaper articles. The links enable the audience to read the articles without buying the newspaper."

I'm not sure this charming American's comments make any sense whatsoever. In what way do link throughs "cost" newspapers? Surely papers benefit from the extra traffic. How is quoting from articles written in newspapers "parasitical", exactly? I would have thought journalists would find it fairly flattering in the main, especially if the blog referring to them is nice about their scribbles. The dots in this guys reasoning are certainly not joined-up.

Newspapers are collapsing across the United States, with some venerable publications having already gone to the wall (such as the wonderful Rocky Mountain News - which was very sad). More are bound to follow. But this has mainly been caused by the recession in America, not by bloggers. There is evidence that the same thing's happening in this country. And what do we get? The same, nonsensical attack on what for most of the thousands of people who blog about UK politics and current affairs is just a pretty harmless hobby, and a wonderful outlet in many cases for deep, pent-up fury at the way our useless politicians have sold us down the river. However, unlike the MSM, we don't do deference. And our comment is genuinely free. If you don't like my opinions, for instance, you are welcome to say so and then go away. As for sourcing, well, this is a personal diary not a newspaper. I mean, duh!

The Fawkeses and Dales of this world are the exceptions that prove the rule, but if newspapers think they can pretend those two, who as far as I can discern almost always present original material that they've researched themselves (you know, like journalists do), are the cause of their dwindling sales, they need to think again. Newspapers' own business models and professional practices are what're broken. People didn't much like the "dead tree" product any more once the internet came along offering a speedier, more efficient and free news source, so the papers had to react. Why else would all of them have spent such vast fortunes building flashy websites and relaunching themselves in brand spanking new office complexes? To look modern and hip, to compete with television for a following, to generate more advertising revenue and to increase the profile of their respective products. Oh, and to keep lazy journalists more thoroughly occupied.

But newspapers were too slow to react, too set in their ways, too prejudiced and too blinkered to even begin to appreciate how the internet might force them to change the way they generate news. And they still haven't got it. "Competition" from "parasitical" bloggers is a stupid myth dreamt-up by somebody or other with some kind of axe to grind or some sort of vested interest. But that's the point: it's just a myth. You can (sort-of) understand the economic argument for enforcing intellectual copyright laws for music downloads: people buy a record to listen to it over and over again. Why, so the argument goes, shouldn't the same thing apply to downloads? Fair point. But newspaper articles? For Pete's sake, who wants to read a newspaper report, or even an editorial piece, over and over again? Exactly. It's nonsense. People will just go elsewhere for their online news.

On the issue of banning linking without permission, however, I have one suggestion for the lumberjack press: if you don't want the linking, get rid of your website. And a word of advice to them: try in future not to let some preening American judge call a significant section of your readership "parasites" on your behalf. Apart from being rubbish, it doesn't actually go down too well.