Clean And Wholesome Wins Through 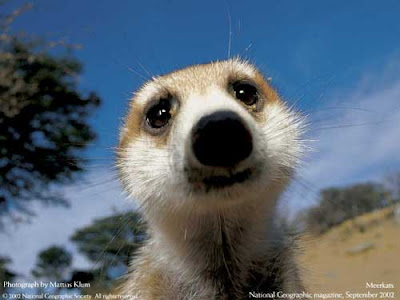 Chloe Smith, the new Tory MP for Norwich North
Useless Labour and its chums at the Beeb (and Channel 4 News, as I see just now) are spinning their catastrophic defeat in Norwich North like crazy in what is clearly a prepared line of attack on the Tories' massive victory. It began with Brown's one-eyed lunacy about this somehow being a bad result for all the parties. Huh? You then had Harperson spinning herself into giddy circles saying that the expenses scandal was somehow linked to Brown's superbust - er - the global downturn, which just got a lot worse in this country. Whatever.

It actually amuses me, all this desperately dishonest, nonsensical claptrap. Why? Simply because these people are now spouting such garbled rubbish so regularly, and they are so totally unable to recognise that nobody believes a word they say any more, that they aid the Tories whenever they open their disconnected gobs. Brilliant!

Case in point: Norwich North. Here, a typically smug, smearing Labour campaign was countered (brilliantly, in my humble) by Eric Pickles' home truths and fluffy kittens approach, complete with a lambswool-soft, 27 year-old candidate called Chloe. Ignore the oh-so stale and tedious Labour straw man and ad hominem attacks, coos Pickles. Smother the people in love and sincerity and the butter drips of crumpets. And it's working. Boy, it's working. Labour give you class hatred, McBride and Hoons by the bucketload. Pickles' Tories give you Edward and Chloe: nice, clean, wholesome - and safe. It seems to be exactly what an awful lot of people are craving. That's one impressive bit of 'triangulation', or whatever they call it, by the Tory campaign managers. I'm impressed.

So, the fact is now - and it is a fact - whatever the Beeb and the Grauniad and all the other ideologically and morally bankrupt agents of Brownite darkness might wish to be the truth, and write or broadcast accordingly, has now become irrelevant. It can be ignored in the round, and Pickles is ignoring it. The Tories have stolen the march and created a new kind of campaign: clean and wholesome is the only way!

My view (and many, many others', to be fair) has been, since the era-changing signal that was the Crewe landslide, that Labour simply have absolutely no idea how to cope with this style of campaigning. And that's why I will say it again - mainly because it really feels nice to say it, but also because it's true: Labour are heading for total annihilation whenever the next GE is, and whatever happens to the economy. There is no hope for them. Fabulous. It means there might actually now be hope for the country.

That's assuming Cameron knows what to do when he wins. The hope had better not be misplaced. This is one of the things that people like Purnell, who's getting an awfully big wooing from the right media just now, is secretly hoping, I suspect (that a Cameron government fails to deliver).

But I for one choose to put my faith in Cameron. We could do a lot worse. And we have.

Whatever the future might hold, it is clear that with every fresh, deserved blow to this punch-drunk, journeyman government - and Norwich was if not an out-and-out knock-out then an eight-count at the very least - the Tories grow in confidence, which, in turn, energises their campaign and makes them appear to be a government-in-waiting. This becomes a dynamic shift as people sense the mood and follow it.

Suffice to say - and yes, this is speculation but it's rooted in empirical, historical fact - we're actually way past the comparison with the end of the Major years (he was never hated so completely, so bitterly, as Brown is, for instance. And he was elected). Labour are headed for humiliating, devastating defeat whatever happens and whatever their tame media might argue to the contrary. And the longer they wait, the deeper that humiliation will be.

I would urge readers not to bother to give anyone who might argue that any other outcome is a possibility the time of day. They are either mad or they are a Labour tribalist - which actually means they are both.
Posted by Jon Lishman at 7/24/2009 07:04:00 pm