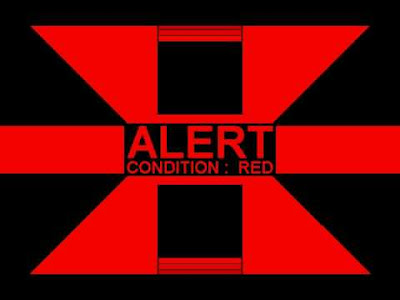 Guido has just posted one of his all-headline-and-no-meat teasers with a story that I suppose might be true, but which, sadly, after the last one (which was about two weeks ago or so, if memory serves), surely isn't.

All I can say is, I hope he's bloody well right this time. But past experience of ditherer McDoom should tell us that this is just another false alarm sounded by The Party to keep its propaganda arm, the Bolshevik Broadcasting Corporation, on its collectivised pinkies.

I suppose we'll just have to wait and see. But if we have to wait, say, three months to see, then Guido should know that he certainly won't be able to count this one as an "exclusive".

But, you know, more power to him for sticking his neck out - I guess.

==Update 21.38==
This could be a little sliver of evidence in support of Guido's assertion. Bishop Hill has blogged about the general election's possible imminence, though in the context of the climate change scam, naturally. In his own update, however, he says:

"This is likely, Professor Beddington, to be the last time we have the pleasure of you before our Committee. Could we thank you very strongly indeed for all the work you have done with our Committee and indeed your predecessors."

Given that Sir John is due to appear in front of the committee on Monday to give evidence on the CRU affair, it does rather look as if our suspicions may be correct.