Tory Lead Ticks Up As History Repeats Itself (Again) 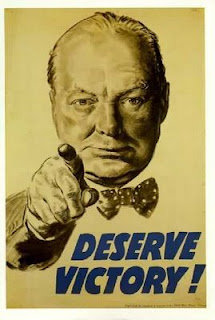 After a day which saw the worst government borrowing on record for the month of January, causing severe pressure on sterling and the markets, and bank lending to businesses and prospective housebuyers to tank once more, at least there was some good news today, from a Conservative perspective and, therefore, by implication (as far as I'm concerned) a national perspective. Reliable new pollsters, Angus Reid (courtesy of PoliticalBetting) place the Tories a full 14 points ahead of Crash Gordon's Labourists.

However, not everything looks rosy for David Cameron. Jeff Randall, nobody's fool when it comes to the not-so subtle relationship between business confidence and political leadership, has written a powerful comment piece for tomorrow's DT, ahead of his Sky interview with the future Prime Minister next Monday, which suggests that Cameron could well be facing some awkward, but nonetheless timely and utterly vital, questions about how he plans to rescue Britain from Brown's debt disaster. It's well worth the read. For instance:

History has much to teach us in today’s financial crisis, not least that we have been here before in one form or another. The economy is in a mess, government spending is out of control, and our currency is being devalued. Desperate ministers, fearing disaster at the polls, seek to denigrate opponents by labelling them “toffs”.

Put another way: “Our finances have been brought into grave disorder. No British Government in peace time has ever had the power or spent the money in the vast extent and reckless manner of our current rulers... no community living in a world of competing nations can possibly afford such frantic extravagances... the evils which we suffer today are the inevitable progeny of that wanton way of living.”

This analysis, crisp and incontrovertible, could have been penned last week by David Cameron to sum up Gordon Brown’s shambles. It comes, however, not from the current Tory leader but Winston Churchill in the Conservative Party’s manifesto for the general election of 1951. Much has changed since then, yet the immediate political challenge facing Mr Cameron is not dissimilar to the task Churchill confronted 59 years ago.

There's much more to the article, however, good though this part was (and quite surprising the first time you read it, too). Randall ends it with a virtual crib sheet of substantive policy questions that he'll put to Cameron on TV next Monday. Cameron must not fluff his lines. He must not obfuscate or indulge in the tired, divisive political rhetoric that characterises 13 years of this dishonest and finally disastrous Labour government. He must answer honestly, clearly and with passion. He must punch the weight of his party, which has won the argument on the economy and must now win a strong mandate to put right Labour's many crimes. And do you know what? I believe he will.

But if he does need to call on the wisdom of an historical figure to bolster his political resolve and help him to steel himself for the massive challenges, that we all face, ahead, he could do far worse than to invoke the memory of Churchill (or, for that matter, another post-war Conservative PM who saved us from the grievous distress caused by a previous Labour government, and to whom Randall also refers in his excellent piece).
Posted by Jon Lishman at 2/18/2010 09:55:00 pm