How Do You Suspend A Suspended MP? 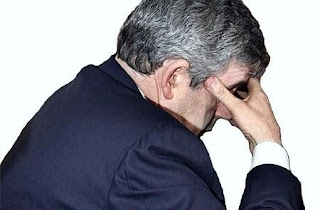 David Blackburn has just put an excellent question in his Speccy blog, concerning the case of Elliot Morley, one of three Labourist MPs (so far) now charged with stealing from the British taxpayer.

Sky’s Jon Craig’s asks one of those questions you wished you had posed: wasn’t Elliot Morley suspended already? Yes, he was, on the 14 May 2009 and with immediate effect.

As Blackburn reminds us, Morley was suspended from his party on 14th May 2009 "with immediate effect". It looks like he was reinstated on the sly, however - hence the necessity to "re-suspend" him. Never mind the sneakiness of this - and contempt for public opinion that it shows - asks Blackburn: in the Labour party, what on earth do you have to do to get expelled!

There are three main points to make about this total, Brown-inspired fiasco, and Blackburn implies the first two. First, this Brown U-turn represents an unequivocal triumph for David Cameron, who has been steadfast in his leadership all through the expenses scandal and has gauged the mood of the British public quite deftly. He's acted decisively throughout, and bravely run the risk of severe unpopularity among his own MPs as a consequence by forcing the worst Tory offenders to give up their seats, despite their not having broken any law per se. I still think he could have gone further and forced Brown into a general election last year. A still-bolder leader would and could have, but I guess that's all water under Westminster bridge now.

Second, it further demonstrates just how useless, witless, rudderless and basically clueless Brown is when it comes to offering any kind of leadership on this serious issue (or any other, for that matter - but that's just me, I suppose). That he's been forced to climb down so humiliatingly and bow to Cameron's pressure is very telling, coming so soon as it has after last week's drubbing at the hands of Cameron at PMQs.

Third, there are these explosive Independent revelations by Andrew Grice three days ago, emerging from his coverage of a new book by another Labourist insider. The article's title, in the context of today's Morley mayhem, "Brown 'didn't care about expenses - only himself"" more or less says it all: all, that is, in the sense of what we need to know about why the Labour Party has been in such a God-awful, tail-chasing, directionless, perfidious mess from the start of the whole, sorry affair. The blame lies squarely at Gordon Dithering & Self-Obsessed Brown's door. If you haven't read it already, then I would suggest that you do. A taste:

Mr Price paints a picture of despair within the Brown inner circle at his failure to recognise the seriousness of the expenses scandal. He accuses Mr Brown of creating a climate of distrust within Downing Street and being cut off from the concerns of voters.

I simply cannot believe that Brown or Labour can possibly recover from this. It is the one issue that cannot be brushed under the carpet, or masked with the pathetically desperate fig leaf of a twelfth hour (and utterly wrong-headed, dishonestly motivated) referendum on the Alternative Vote system.

As Cameron said in what looks like an increasingly prescient PMQs last week, "It's back to the bunker with that one..."

It also means, however, that Brown will now drag out this Parliament to the bitterest of bitter ends. Fair enough. It'll just make victory in finally turfing out the worst prime minister this country has ever had inflicted upon all the more sweet for the waiting.

The collective sigh of relief exhaled by people up and down Britain the day after we are rid of him will be audible in France.
Posted by Jon Lishman at 2/08/2010 06:21:00 pm