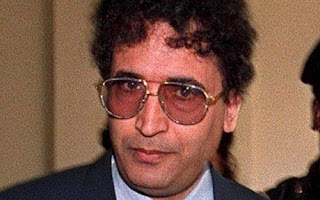 He was wasting away from prostate cancer in a Scottish prison hospital, so the Scottish government, in a shady deal involving the Foreign Office, Lord Mandelson of Sleaze and flatulent nutcase Gadaffi's son, released the only convicted Lockerbie bomber on 'compassionate' grounds. He had an absolute maximum of three months to live, after all, said a couple of hired quacks. The poor man would have become an ex-bomber by the end of October 2009, so we were told (and didn't believe). Sorry to quote myself, but this was me back in November (three months after the Megrahi release):

Al-Megrahi: the convicted Lockerbie bomber might still not be dead as all the Labour stooge doctors and this Labour government ghoulishly promised everyone he would be (he's a full five days overdue now), but he's still about to come back and haunt at least one of them. Yes, you guessed it, the King of Sleaze himself, Lord Mandelson of Tripoli.

Now we learn from a number of sources that six months on, Megrahi is not only still alive and free, but he's actually recovering - and free. Clearly, something is amiss. Instead, however, of branding this whole, stinking affair a web of deceit motivated by a Big Oil deal and reaching right up to the highest levels of the British government, let's just praise the Libyan Health Service. Megrahi's almost miraculous cure in the capable hands of Libyan doctors offers pretty conclusive proof that Libyan health care is comfortably the best in the world. 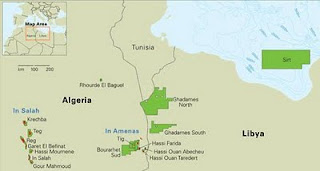 Toby Young, however, is rightly livid about the whole, grubby, insulting episode, just as everyone else should be. He also argues - and I think this is very important - that Megrahi's conviction was absolutely safe, according to a relative of a victim who understandably took a very close interest in the trial.

Given the fact that Megrahi is a convicted terrorist, and given that thanks to these legendary Libyan healthcare professionals, he's now on the road to recovery, isn't it nearly time for him to be put right back in jail? We could even settle for a Libyan jail.

I suspect that that wasn't part of Mandy's backroom sweetener BP deal, however, so I won't be holding my breath.