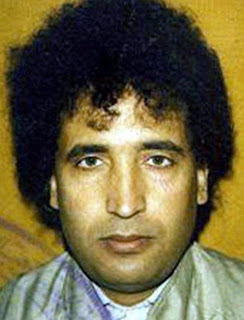 Al-Megrahi: the convicted Lockerbie bomber might still not be dead as all the Labour stooge doctors and this Labour government ghoulishly promised everyone he would be (he's a full five days overdue now), but he's still about to come back and haunt at least one of them. Yes, you guessed it, the King of Sleaze himself, Lord Mandelson of Tripoli.

Incidentally, this partridge shooting party thing of Lord Rothschild that Mandelson attended with, among others, Saif Gaddafi - I can't help but wonder whether there is any connection between this and today's "Supreme" Court ruling enabling banks to continue legally to steal however much they like from customers that their extortionate, punitive charges turned into debt slaves in the first place. After all, at least one of the judges was a Rothschild banker. 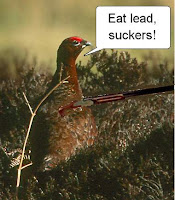 g on - or has been going on- so often with Mandelson right at the very heart of it. Be it Iraq, Afghanistan, the economy, the banks, education, health, PFI, Europe - the list is seemingly endless.

If and when we kick these ruinous crooks out, the Tories will have to uncover anything and everything about Labour's record of betrayal and deceit, however damaging it might appear potentially to be to the reputation of the country. Hiding it will only cause the rot to creep ever further. Revealing the truth about these long years of Labour corruption and sleaze is the only way gradually to draw Britain out of shadows into which it has been cast by the worst government it has ever had inflicted upon it.
Posted by Jon Lishman at 11/25/2009 07:33:00 pm