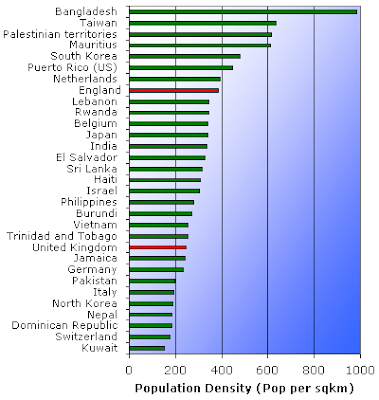 I would ordinarily pay less than no attention (if that were possible) to the weekly non sequitur barfs of token loony left Torygraph columnist, Mary Riddell, but on this occasion, she has - albeit unknowingly - made a startling admission that is probably worth the highlight. Submerged in her usual nonsensical meandering flow, this time on the alleged boons of Labour's 12-year immigration tsunami, was this utterance:

Far from resiling from Alan Johnson’s confession of Labour mistakes, the PM is expected to sound even tougher. As well as promoting rigorous border controls and a points-based system, he plans to embroider his much-vilified theme of “British jobs for British workers”, arguing that young Britons need to develop their skills to compete for those jobs. Mr Brown will walk a tightrope. Reaching out to the white working-class voters who fled to the BNP is fraught with risk, not least because their discontent is thinly rooted.

Yes, I know: totally illogical. Why, for instance, if the "discontent" of "white working class voters" is so "thinly rooted" is reaching out to them "fraught with risk" for Labour? That, along with the rest of the article, and just about every other article this menace to good sense and stranger to intellectual honesty and rigour has ever penned, simply doesn't add up. Her credentials as a Labour mouthpiece generally, and Brownite lickspittle specifically, are therefore completely in tact, of course.

There is a point here, though, but not quite the one she intended. The admission, finally, by a mainstream leftwing apologist, that it is Labour's failed (deliberate?) immigration policies that have pushed erstwhile, putative Labour followers into the arms of extremism ("white working class voters who fled to the BNP," she says, remember) buries once and for all the utterly dishonest assertion peddled by the likes of Hain, Harman, Straw (most recently on Question Time with gargoyle Griffin) and, yes, Brown that all parties are responsible for the rise of the BNP in core Labourist areas, that what they like to tag "voter disconnect" is linked to all MPs' destruction of the public confidence in parliament because of the expenses scandal. Sure, there a dent has certainly been made, but this has nothing to do with the drain of the Labour vote to the nationalists - and Riddell has witlessly accepted that. Well done her, then - sort of.

Whatever delusionals like Riddell and her ilk in the left media would like to believe, and like us to believe, the reality is rather different. No one is particularly happy with uncontrolled immigration, but no one is more unhappy than Labour's core vote and that is where the extremist boost has come from.