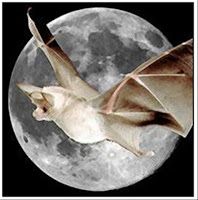 I'm a little late with this one, but it's such a wonderful turn up for the books that it deserves to be recorded as often and as widely as possible here, there and everywhere. The biggest climate change propagandist and smug, pseudo-scientific activist-journalist (even by the Grauniad's standards) in Britain, Stowe educated lefty George Monbiot, was so shocked (yeah, right!) by the CRU emails revelation that he's felt moved to apologise for being such a crap journalist. It's true! Watts Up With That? had it yesterday, but I initially stumbled upon it on first class debunking and Climategate analysis blog, Bishop Hill (having not read the Graun yesterday - and what a nice day that was as a consequence, even though I was jolly busy. But I digress).

This is what WattsUp had to say about it, himself citing Andrew Bolt, another top class climate change debunker that I - and, I suspect, many thousands of others - only recently discovered. The post is titled, in typical American summarise-the-story-for-the-thickoes fashion, "Monbiot issues an unprecedented apology - calls for Jones' resignation":

From Andrew Bolt, my “mate” down under at the Herald Sun, comes this surprise. I’ll have to say, it is to George Monbiot’s credit to do this. I embrace his first statement, because it succinctly sums up the situation:

It’s no use pretending that this isn’t a major blow. The emails extracted by a hacker from the climatic research unit at the University of East Anglia could scarcely be more damaging(1). I am now convinced that they are genuine, and I’m dismayed and deeply shaken by them.

- George Monbiot on his personal blog

George seems to realize that, “it’s worse than we thought”.

Even George Monbiot, one of the fiercest media propagandists of the warming faith, admits he should have been more sceptical and says the science now needs to be rechecked:

It’s no use pretending that this isn’t a major blow. The emails extracted by a hacker from the climatic research unit at the University of East Anglia could scarcely be more damaging. I am now convinced that they are genuine, and I’m dismayed and deeply shaken by them.

Yes, the messages were obtained illegally. Yes, all of us say things in emails that would be excruciating if made public. Yes, some of the comments have been taken out of context. But there are some messages that require no spin to make them look bad. There appears to be evidence here of attempts to prevent scientific data from being released, and even to destroy material that was subject to a freedom of information request.
Worse still, some of the emails suggest efforts to prevent the publication of work by climate sceptics, or to keep it out of a report by the Intergovernmental Panel on Climate Change. I believe that the head of the unit, Phil Jones, should now resign. Some of the data discussed in the emails should be re-analysed.

Sure, Monbiot claims the fudging of what he extremely optimistically puts as just “three or four” scientists doesn’t knock over the whole global warming edifice, yet…

If even Monbiot, an extremist, can say that much, why cannot the Liberals say far more? And will now the legion of warmist journalists in our own media dare say as Monbiot has so belatedly:

I apologise. I was too trusting of some of those who provided the evidence I championed. I would have been a better journalist if I had investigated their claims more closely.

Scepticism is the essential disposition of our craft, yet too many journalists have abandoned it. Remember: the opposite of sceptical is gullible.

UPDATE: Here’s the screencap from Monbiot’s blog on the Guardian:

Naturally, if you check Moonbat's personal blog online propaganda and alarm generator, you will find a typically sneering and almost total qualification of this apparent outburst of sincerity and journalistic integrity.

He (and, indeed, all his little fellow zealots) reverted to type p-d-q. Quelle surprise. But the emails won't go away, and neither will the doubt they have rightly seeded, and will continue to seed, in millions of people's minds about the veracity of the science underpinning what used to be called global warming but is now, very suspiciously, simply (and simplistically) branded 'climate change'. We all now know why. The skids are now under this rampant thought disease, which has been deliberately spread by people who did know better.

Hide the decline, George. You know you want to.