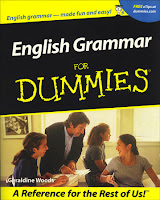 The Conservative leader made some pretty reasonable points, but he still doesn't sound like he's ready for power, or is prepared to tackle the issue head on. Why? Because he keeps using the wrong modal verb. He insists on saying that a government 'should' do this and 'should' do that, like some glorified special advisor, instead of a PM in waiting.

He's got to start using the far more assertive modal of firm intent, 'will', as in 'we will correct Labour's dishonest, disastrous immigration policies' and 'we will enact laws that will reverse the evils of the divisive socialist dogma of multiculturalism, and place the age-old British traditions of pluralism and tolerance right back at the heart of British culture, where they belong'.