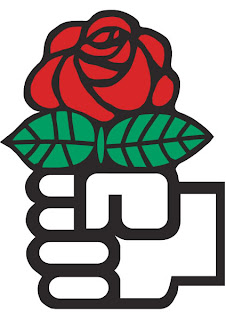 Having now had the chance to see Brown's worst performance yet at PMQs (and that's saying something), I absolutely agree with Iain Dale who said of it:

Cameron was on fire and pulverised Brown, who was almost reduced to a wimpering wreck. Jack Straw's face said it all. "Why didn't we get rid of him when we had the chance?" was what he was clearly thinking.

Well, if that was what Straw was thinking, a few more examples of Brown's - or Brown's team's - nightmare bungling will give him yet more food for thought, or cause for regret.

Here's one. Christopher Hope, in his Daily Telegraph blog, has just pointed out that he was the one who wrote about Cameron's attempts to open a dialogue with the unions, and that he was totally misrepresented - and pretty much misquoted - about it by Brown during those self same PMQs, while the old fraud, who had just finished admitting to lying to the House and the Chilcot enquiry over defence cuts, was trying - and spectacularly failing - to turn the tables on a rampant Cameron.

He told the Commons today: “The right hon. Gentleman [David Cameron] has come a long way from a few months ago, when The Daily Telegraph reported: ‘David Cameron has launched a secret mission to win over Britain’s trade unions…

“The trade unions have also been asked to help draw up opposition policy, The Daily Telegraph can disclose’.

“It also stated that ‘party officials have met with the unions more than sixty times since the spring.’ One day they are for the unions; the next day they are against the unions. The only consistency is in their total opportunism.”

Brown is wrong on a couple of points here. Cameron’s links with the unions did not emerge “a few months ago”. In fact my Telegraph story he was quoting from was published on the frontpage of the Telegraph in August 2008 – a full 18 months ago.

Since then, David Cameron confirmed the talks in an interview with the Telegraph and covered his plans to curb their links with the Labour Party just last month. Not much that is opportunistic here either – given Cameron had also hired his own “union envoy” Richard Balfe.

Anyone would guess there was an election around the corner.

Well, there is an election around the corner, and Brown's latest in long, long line of trainwreck performances might well prove decisive in determining its outcome. As Cameron struck home with devastating point after devastating point, and Brown's parries became more and more feeble, you could almost feel the votes hemorrhaging from Labour, and what remained of Brown's already ragged credibility draining inexorably away.

This is a key distinction that has to be rammed home from here on in. It will resonate, revealing, as it does, the trade union, anti-democratic power grab that's been going on behind the scenes relentlessly, if not furiously, since Brown usurped Blair. Cameron was right (again); this is a return to the handwringing, lame governments of the Seventies, who, as he memorably said, caved into the unions rather than talking to them.

Overall, this is a narrative that will ring true with hundreds of thousands of people who have been virtually disenfranchised and misrepresented for decades by left wing union leaders who now, it seems, have regained control of the Parliamentary Labour Party. And the reason why it will ring true is because it is true.

No one, bar the more rabid loony lefties of the Grauniad class, and Labour's new militant tendency itself, wants to go back to that sort of grim world, with a stagnant nation held to ransom by an unelected politbureau of bitter old union Trots. And people are quickly realising that Brown is so compromised, so reliant as he is on union money and largesse for his power, that he is not on their side. It's also becoming vividly clear how he survived all those coup attempts. The unions weren't willing to lose their puppet just yet - or, at least, until he's served his purpose.

Point is, there is so much new and powerful ammunition for the Tories here, it'll be hard for them to know which grenade to lob first.

And, of course, the ultimate, happy upshot of all this is that we have all taken one more agonising step closer to the downfall of the Brown regime, and towards a reforming Conservative government, attempted Unite coup d'etats and atavistic Big Union international syndicalism notwithstanding.
Posted by Jon Lishman at 3/17/2010 07:38:00 pm