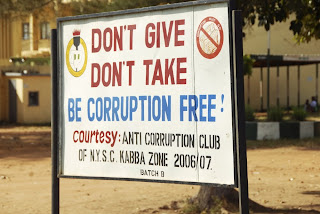 Courtesy: Department of International Development (the irony)
I can't say much about this hideous thing because I'm sort of still trying to process what I've just seen. But I will say this.

Just remember, prior to this devastating Blair/Brown era, governments were brought down for far, far less than this, and rightly so.

I can't think of anything else to say just now. I'm just too depressed by the level of venality and decay this country has been brought to thanks to a desperately serious, though perhaps innocent in the case of a fair few million voters, false step that we took in 1997.

A lot of people were conned by Labour, but all are punished.

To me, though, there is some kind of hope. The Conservative Party, under Cameron, I believe has genuinely sensed the mood of the people (the people that count, that is - the vast majority of people - and not that small minority of dumb, insolent, loudmouth Labour activists who just don't care because their obsessive political prejudices always take precedence over truth, justice and common decency).

The Conservative Party, under Cameron, really will mend our broken politics, mainly because they had bloody well better! So thank God for that, because, as this terrifying Dispatches programme shows, our politics is just about as broken as it could possibly be.