Brainbox Oli Letwin's much-maligned 'Policy Pyramid' has been criticised pretty heavily for its content, not least by some campaigners (it omits, among other things, to mention word- one about immigration, for example). For what it's worth, I think that what it does say is, in the main, pretty worthwhile. So on balance perhaps the criticism has been a tad over the top. (Who could argue with the aim to reignite aspiration in a Brown-wrecked economy, for instance?)

I would add one thing, however. The image below, which is, so we were told by Peter Hoskin earlier today, The Times' Sam Coates' accurate visual interpretation of the concept, doesn't half look like a house of cards. I just hope that that's nothing more than a meaningless coincidence, and that Letwin really does know what he's doing. As they say, we shall see. 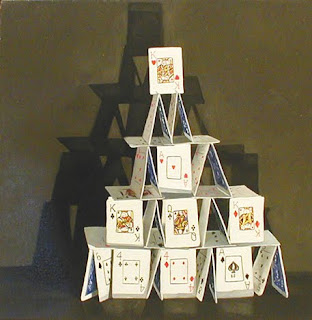 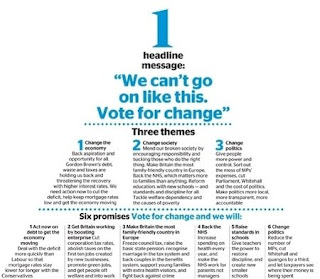