Iain Dale (I 've been well impressed with his work lately) has highlighted this latest hilarious example of A-Labourist-Typically-Taking-Himself-Way-Too-Seriously. I've tried to join the blogospheric dots and apparently, as far as I can tell, Mr Dale has taken up the cause of a decent minor blogger who goes by the gently self-deprecating nom de plume of "Fat Councillor".

He himself has highlighted the plight of an even more minor blogger currently being threatened by the very minor Labour demon with libel action, if I get that right - it could be Fat Councillor himself who's getting the treatment. Matters not. Anyway, the future defendant (I think) in this deliciously paranoid action, distinctly lacking in class, calls himself, rather pithily, Mannisms, and whose wonderfully focused work is dedicated to scrutinising, among few other things, the various troughing activities of one John Mann, MP (Labour - prospective plaintive, soon to be out of a job). Mann is suing Mannisms for libel, as Fat Councillor highlights in a post I've copied verbatim below, for the post I've copied, again verbatim, even further below.

Every so often, your Fat Councillor needs a rest from Indy Alliance nepotism, assault cases, councillors getting the sack for failing to attend meetings, and provincial reporters calling black white. At times like these I cast around for a hypocritical national politician to laugh at. Tonight it is the turn of 'whiter than white' idiot and gob shite, John Mann MP. 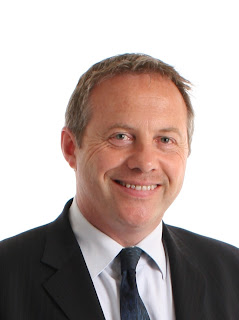 Bandwagon jumping twat
Whilst sipping ice cold lager and watching the sun go down, your Fat Councillor came across www.mannisms.com. This site catalogues the trials of poor old Mann MP as he desperately tries to cling to his seat.

His latest wheeze would appear to be to use House of Commons headed paper to threaten to sue the author of the site for allegedly calling him a wanker, whilst at the same time, signing an early day motion calling for a change in Libel laws because "English libel law is stifling of free expression".

If that is not the sign of an idiotic, hypocritical wanker of a politician, I don't know what is.

So, Mr Mann, if you ever fancy chancing your arm in the Spanish libel courts, fill your boots.

According to Dale, Mann is "the most humourless MP I have ever come across". Well, yes. But even given that, what, I wondered, had caused him such a very deep sense of humour failure (or should that be skin failure, as in thickness of) that he's decided to go completely postal using taxpayers' money to try to nail a harmless minor blogger, even going so far as to try to get libel laws changed just to protect his own worthless reputation? Perhaps the answer lay not in Fat Councillor's funny hatchet job (I've read - and written - far worse, mind), I thought, (I'm really sharp, see), but the post to which Fat Councillor was referring, by Mannism:

In his recent letter to Retford residents (see previous post), John Mann’s loyalty to the Labour Party seems to have evaporated.

Not a word about Labour Party national policies or a few words of encouragement for his boss. In fact, the only mention of Labour is in the letter’s address.

I’m sure Gordon Broon will be delighted to read this.

Every Mann for himself, eh?

Nope, can't see it myself. Just what, precisely, is libellous about this blogpost? Well, I really don't care. I want a piece of the Mann-baiting action so I've happily followed Fat Councillor's superb, spirited example and republished everything here, 'libellous' blogpost and all (it's definitely one of the two - possibly). Um. Anyway, I wait with very little anticipation to see what this self-important Labourist w*nker does next. Is he going to sue everyone? Oh, I do hope so. That would be marvellous.

As Iain Dale says, mainly about the jolly witty song Fat Councillor uploaded by way of a response to Mann's pathetic posturing (see below), though the comment resonates far more widely:

I doubt he will see the funny side of this, but it's another sign of how the internet allows the man in the street to fight back