Setting The Agenda And The Bigger Picture 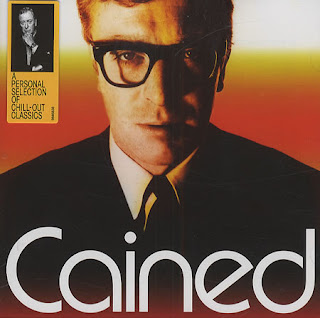 The latest Labour outbursts over their tax on jobs, containing further and deeper Brownian abuse of the Conservatives, a growing number of business leaders and, by implication, the millions of ordinary people (like me) earning over £20,000, is kind of losing its context. Perhaps that's Brown's and, in particular, the interminably corrosive Mandelson's, intention: to distract people from the scale of what's at stake in this election by obsessively focusing on one policy area, albeit a crucial and highly symbolic one. The NI hike tax on jobs and the resistance to waste cuts is an argument that has been comprehensively lost by Brown, and David Cameron knows it. It's time to move on.
It was therefore good to hear Cameron dismiss Labour's new batch of economic lies and smears as desperate and sure signs that the Labour leadership is 'rattled', before indeed moving on to the next part of his agenda of righting Labour's wrongs, this time Labour's social wrongs. The "National Citizen Service" is a great idea. This is the first meat on the bones of the whole, powerful Tory theme of social responsibilty and is an excellent - and radical - proposal designed to make youngsters, from all backgrounds I trust, aware of what it means to belong to the society into which they have been born.

Wresting the terms of the debate so long dominated by socialist dogma in this country is what Cameron is attempting here, and it is no mean undertaking. If it means that one day, "duty" is no longer a dirty word, then he, we, and British society generally, will have won a major victory. The endorsement of Sir Michael Caine notwithstanding, I'm fascinated by how the socialists intend to attack these new ideas - for attack them they will, tooth and nail, and not from a position of principle, but because they regard all-things "social" purely as their preserve (I guess that's why they call themselves "socialists"). It's a battle I'm looking forward to even more than the economic one, actually.
Norman Tebbit, if his latest, brilliant (and witty) blogpost, is anything to go by, might be too. He has said that there is simply no redemption for Brown such is the depth and seriousness of his denial and delusion about, well, anything and everything. It is certainly worth the read. But here, for me, is the key part, and it's all the more powerful for the fact that he is an outspoken critic of aspects of the Cameroon agenda, such as it is known.

The sad aspect of all this is that there can be no redemption of Mr Brown. He is simply unable to learn anything from experience, except that his agenda has not been pursued with sufficient vigour.
That is why the first objective of those unconvinced by Brownian politics should be to remove Mr Brown from office. There only two ways this might be achieved. The first is to allow his colleagues, who have so far bungled every attempt to do so, to have another crack at it.
The other, and the more credible option, is to do the job for them by throwing NuLab out of office, and the only credible way of achieving that is to give the Conservatives a working majority on May 6.
I know that not all those of a conservative temperament will like that conclusion. Some will not accept it. I understand their feelings, but I hope that they will not awake on May 7 to find the ship still on the reef and the same crew in charge.

This is the simplest and most inescapable argument for voting Conservative at the general election, and it's one I've been putting forward on this blog, especially to Kipper and libertarian friends, for some time. I'm not going to split the vote by voting for single-issue or tiny parties, no matter how much I might be drawn to some their arguments about EU referenda or the shortcomings of our political system and our long slide into state-sponsored authoritarianism, expecially under this government. Even taking those things into consideration, as Lord Tebbit often does, the risk of five more years of Labour is a far graver and more urgent concern. They've been that disastrous.
Cameron has won part of the argument on Brown's insane tax and spend waste culture (although I still think he could go further - demolishing Brown's nightmare long-term fiscal and monetary performance, as Tebbit suggests, would be a worthwhile and honest campaigning exercise, for instance). But Cameron also increasingly appears to be aware that this is not the be-all and the end-all; that there's far more to say, and he's going to say it. However far Cameron's dislodged him from it, the economy is still Brown's most comfortable area. It was therefore shrewd of Osborne and co. to take Brown onto that ground, give him a hell of a kicking, and them leave him there to think about it. Meanwhile, Cameron and the Conservatives move on, taking the debate, the country and the news cycle with them.

So what's emerging now are more pertinent, less negative reasons to lend a vote to the Tories because now they are setting the agenda, and the pace. A lot of people have their doubts and still need either an excuse or permission to vote Conservative, but, increasingly to me, Cameron looks like he will deliver on both.
Posted by Jon Lishman at 4/08/2010 07:10:00 pm