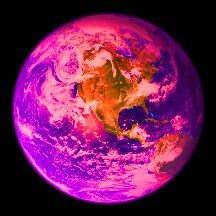 According to long-time AGW sceptic, Prof Phillip Stott, the Climate Research Unit's damning hacked emails threaten to undermine the credibility not only of Global Warming's "grand narrative" (a reference to the great postmodernist, Jean-Francois Lyotard's, theories on the problems of modern knowledge gathering), but of science itself. Wisely counselling caution about their validity given the method by which they were attained and their decontextualisation, he then goes to make some powerful, if rather downbeat, points about the impact of a fabrication of this scale, if proved, on the public's trust in not only the scientific community, but the scientific process itself.

Above all, however, this episode has demonstrated, yet again, that ‘global warming’ exhibits all the characteristics of a classic post-modern grand narrative, a narrative that increasingly seems to have little to do with science. This should not surprise us. The rise of the grand narrative, as many readers will know, has been littered with deeply worrying statements, of which the following are perhaps some of the more notorious: “Unless we announce disasters, no one will listen” (Sir John Houghton); “To capture the public imagination we have to offer up some scary scenarios, make simplified dramatic statements and little mention of any doubts one might have. Each of us has to strike the right balance between being effective and being honest” (Dr. Stephen Schneider); and, “We have to get rid of the Medieval Warm Period” (Professor John Overpeck). Sadly, it is not impossible that the newly-hacked material may add to this liturgy.

In the end, I fear that, if and when the ‘global warming’ grand narrative collapses, as I judge it surely must, it could well seriously damage trust in science itself, and that would be a most dreadful tragedy for all of us.

The loss of trust in science might well be "the most dreadful tragedy for us all" but one cannot help but feel it would be the most wonderful liberation, too. Trust can be rebuilt, but only on the basis of truth. As long as the promulgation of what now increasingly appears to be the lie that is AGW - or "Climate Change" as it has curiously come to be known - is permitted to continue, suspicion alone will erode faith in the products of an abused scientific process, particularly, (but not exclusively - this type of contamination tends to spread), in the earth science fields. If Prof Stott is correct, it therefore appears that we are confronted with a choice. Either we continue to allow the myth to be made and re-made, and drift ever-further away from reality as the evidence before our very eyes increasingly diverges from the beliefs that inform the myth, or we abandon it now in order to set about the hard task of correcting the mistakes.