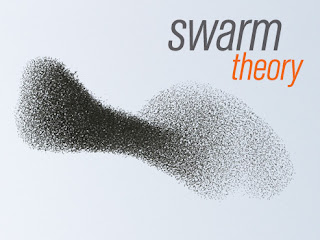 Just scanned this very interesting article about Climategate in the journal of the American Enterprise Institute's "Enterprise" blog by someone very bright called Jay Richards. The specific points he makes (extremely well) about the ongoing, forensic analysis and reconstruction of the leaked data, revealing some of the worst abuses of the scientific process imaginable, are by now quite familiar and can be found in the usual places, several of which are linked to on this blog. It's not these legitimate observations so much, explosive as they are, as his conclusions about the significance and cultural impact of the blogosphere that really intrigued me. Here's an extract:

Of course, most of the big broadcast media are still in full blackout mode on this story, choosing instead to report on breaking news about Pete the orphaned moose. They’re following the pattern of the Dan Rather Memogate controversy in 2004. With that history-making story, the legacy media mostly tried to ignore the story, and then, when it got too big, began to spin it. Rather and CBS issued increasingly bizarre denials. Even though the gig was up within a couple of days, they continued to defend the document in question, and the stories based on it, for two excruciating weeks. (Compare CRU’s Phil Jones offering similarly risible explanations.) Meanwhile, in the parallel universe called reality, unknown and often apolitical bloggers with specialized expertise in font styles, IBM Executive Series and Selectric typewriters, military protocol, and word-processing software dismantled the details for any curious person with an Internet connection. Other, politically oriented blogs consolidated, analyzed, and broadcast the findings.

MemoGate gave many of us our first taste of the swarm-intelligence of the blogosphere, and showed that it cab beat the legacy media for getting to the bottom of a story via a networked, open-source form of peer review, with a highly refined division of labor.

We may just now be seeing the potential for this new way of transferring and analyzing information. In Memogate, remember, we were talking about a single one-page Word document. With Climategate, we’re dealing with thousands of detailed, often technical documents. They may even have been compiled internally at the CRU in response to a Freedom of Information request and were then leaked instead. So the revenge of the nerds could be especially brutal and prolonged. Already, insights and analyses are proliferating on the climate blogosphere so quickly that it’s becoming impossible for even the best consolidators to keep up.

It therefore seems that it was no accident the Climategate documents weren't first leaked to a newspaper, as with the expenses scandal (the last real scoop of the dead tree press?) but to a blog instead, albeit what turned out to be the virtual dead end of a BBC weatherman's blog. I think it likely that given the technical complexity of the material, the whistleblower eventually appreciated that no MSM (what Jay Richards calls the "legacy media") provider would even want to touch it, all compromised as they more or less all are, much less spend a lot of time and money unpacking its secrets. It needed some serious processing power to do that, and, as Mr Richards asserts, the only place that that could be found was in the blogosphere.

So, complete paradigm shifts all round, then - not just in terms of the AGW belief system, but in terms of how we produce, analyse and trust our news-information supply, too.

I for one am pretty proud to contribute my modest (some would say infinitesimal) intellectual resources to The Swarm Intelligence.