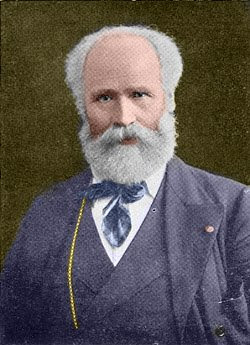 Keir Hardy: As baffled as the rest of uz

Dave Prentis, capo di tutti capo of mega-union UNISON, has threatened to withdraw funding from Brown's Labour if he doesn't halt, like some kind of Cnut, the inevitable tide of job losses caused by the recession and the gathering public sector funding storm.

The Beeb also points out that Prentis is in a right socialist stink about the ongoing privatisation of "public services" by the Mandelsonian wing of Brown Labour. I guess he must be thinking of the Post Office. It's hard to say - he does rant a bit about the NHS, too.

But during his fit of Union Man umbrage, the unreconstructed comrade came up with a little nonsensical gem. He said that his union is

"...tired of feeding the hand that bites it"

Meaningless? To us ordinary mortals, most certainly. But to Brown this can only mean two things: a lot of trouble and a potless Labour Party.

So modern unions are good for something after all (maybe): helping us to rid the nation of the worst government and the most corrupt Westminster political party in modern British history.