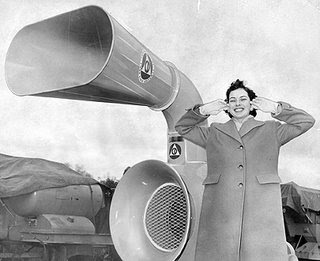 According to the latest ICM poll in the constituency of former left wing Labour MP and super trougher, Ian Gibson, the Tories are going to take it comfortably. Obsessive psephologist, Mike Smithson, at his mega political betting website, makes some crucial observations about the numbers.

The above ICM poll with variations on what happened at the last election was commissioned by Norwich’s University & College Union and has just been published. The sample was just 500 which means a much higher margin of error must be applied.

As can be seen the figures are broadly in line with current national polling and, indeed, it would be a huge surprise if the Tories failed to take the seat from Labour with a thumping majority.

The Tory margin in the survey would have been double the 4% but for ICM’s standard practice of realloctating half of those who say they will vote but don’t know which way in accordance with what they did at the last general election.

Clearly the campaign has not started and there is not that much awareness in the seat that a by election will soon by happening. A total of 18% of local voters had no idea that there was an election coming up.

No doubt the main contenders are working on the postal votes right now. Let us hope that afterwards the marked register for this election is not “lost” - something that happened after the last by election at Glenrothes last November.

It is worth pointing out, however, that beyond all these qualifications, there are some wider implications for Labour. Tories polling 34-38% in this previously safe Labour seat would not be spectacular, but it would be enough. I think they will poll more - in the 38-42% area, simply because of the 'Crewe factor'. Labour have forgotten how to campaign (you can guarantee they will opt for the 'keep the hated toffs out' option once again), have no money and can't recruit enough foot soldiers. Whatever message they manage to get across will so garbled, it will be politically unintelligible.

But the chief reason why Labour are heading for whopping defeat in Norwich is because of, you guessed it, Gordon "Getting On With The Job" Brown. People, in England at least, really do hate him now. He's managed to alienate just about everyone with his constant lies and spin and his wrongheaded, stubborn inability to change his tune. The 'hate the Tory toff' line, make no mistake, comes from him. It doesn't work, but he doesn't believe that.

The swing to the Tories in this seat could be as much as 16% - or more once the campaigning kicks in. Another epic defeat for Labour which should send shockwaves right through the party, then. But will it? Parliamentary Labour appears to be so collectively spineless that they backed the losing horse, just for a quiet few extra months in post, presumably.

If they do not remove him this autumn, I would say that they will have doomed themselves to the biggest defeat in their history, fake economic recovery or not. Whether the Tories benefit with a landslide or not is an entirely separate issue - it looks now as though they will not. What Labour should realise now is that, thanks to their nightmarish performance in office and the disaster that is Brown, they aren't just heading for defeat, they are heading for annihilation and third-party status as millions desert them for other parties, including a significant portion of their core vote in England and Wales.

But they've already had fair warning about Brown with the local and Euro catastrophes, so I suspect a heavy Norwich North defeat will be just one more unheeded nuclear air raid siren. This behaviour can only be described as nihilistic. If so, then such obscene political self-indulgence deserves to be rewarded with biblical disaster, as it probably will be.
Posted by Jon Lishman at 6/26/2009 04:08:00 pm