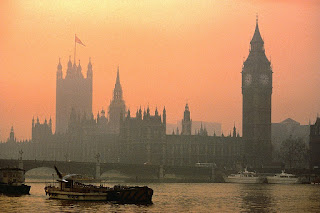 The front page of this morning's Telegraph will be worth a once over. In an extraordinary outburst Harriet Harman has threatened to block the new Kelly rules on expenses - or, in her slippery terms, has "warned" that "MPs" will block them. Whatever she hopes she means, she has already been slapped down by the troglodyte bunker dwellers of Number 10. They at least, in their dank darkness, appear to be dimly aware of the further damage her remarks will do to a parliament, and a Labour party, already and rightly regarded with total contempt by the general public. There are one or two other things to unpick from her dimwitted comments, however, but I invite you to examine the article first.

Ms Harman, the Leader of the Commons, said it would not be fair for MPs to be forced to sack their spouses or other family members working in their offices.

She also indicated that plans to stop MPs living in the London commuter belt from having taxpayer-funded second homes may prove unacceptable.

For months, the Government has led the public to believe that recommendations drawn up by Sir Christopher Kelly would be introduced quickly without MPs becoming involved.

Mr Brown has said it would be supported as long as it was “affordable”, while Jack Straw, the Justice Secretary, said all parties would accept the proposals “unless they are in the realm of complete irrationality”.

However, the Commons Leader said that an outside body would now decide whether to implement recommendations from the Kelly review.

This new “independent” body will work under the auspices of a small group of senior MPs – many of whom have faced questions about their own expenses – sparking fears over its impartiality.

The MPs will be responsible for approving the appointment of executives running the new Independent Parliamentary Standards Authority (IPSA).

Sir Christopher was appointed to draw up a radical overhaul of the expenses system in the wake of The Daily Telegraph’s disclosures.

However, his work has been fiercely opposed by some MPs who are threatening to rebel against the Prime Minister if the proposals are introduced. David Cameron is thought to back the introduction of Sir Christopher’s recommendations in full.

Asked whether IPSA could reject Sir Christopher's proposals, Ms Harman said: “It's entirely a matter for them. But they will, I'm sure, want to draw on his important work.

“But it's a matter for them to decide, not for Sir Christopher Kelly and not for us either as MPs.”

Gordon Brown will meet Sir Christopher on Monday and is expected to warn that the reforms must not turn politics into the preserve of the rich, according to Downing Street aides.

However, it is not clear why Mr Brown is issuing such a warning to the official watchdog – or why his feelings are being made public – as Sir Christopher’s report and recommendations have already been sent to the printers.

The comments may therefore be designed to placate Labour MPs.

Sir Christopher, the chairman of the Committee for Standards in Public Life, will set out his recommendations on Wednesday.

He is expected to recommend that MPs are only allowed to rent a second home and that the taxpayer will not pay mortgage interest in future.

MPs will also be banned from employing family members under his proposals. Those living within an hour’s commute of Westminster will also be unable to claim for the cost of a second home.

When details of the proposed package emerged last week, they were attacked by many MPs who described them as “nonsense” and “ludicrous”.

Ms Harman appeared to yesterday back opposition to the ban on family members.

She said: “If Sir Christopher Kelly recommends that MPs shouldn't be able to employ any family members for the future and if that's what the Independent Parliamentary Standards Authority decides I think two things: firstly there shouldn't be any shadow cast over the existing spouses who are working very hard.

“I think it would be wrong to judge them all as not doing a good job, I don't believe that to be the case.

“Secondly, I do think it would be fair not to sack existing spouses who are working for MPs. I think if they are going to suggest something it should be for the future, they can't simply say 'you have all got to be made redundant'.”

The comments from the leader of the House are likely to lead to intense lobbying of IPSA from MPs. More than 100 MPs currently employ members of their families.

On Sunday it emerged that Nadine Dorries, the Conservative MP, has employed another of her daughters to work in her office after she failed to find work after graduating.

There are also growing fears that MPs may seek to influence the composition of the new IPSA board.

The chairman and other senior members of the authority have yet to be appointed – and their appointments have to be sanctioned by the Speaker and a secretive committee of MPs.

Several of the MPs on the committee have spoken out against Sir Christopher’s recommendations sparking fears that they may not wish to appoint a strong, impartial head to run IPSA.

For example, Sir Stuart Bell who sits on the new committee, said that Parliament may wish to “amend” Sir Christopher’s recommendations.

“The House would want to look at these recommendations very carefully, they will want to debate them and have the opportunity, should they so wish, to amend them,” he said.

Other members of the committee include Don Touhig, a Labour MP who led a backbench revolt against previous plans to tighten up the rules on MPs expenses, and Sir George Young, the shadow leader of the House, who previously chaired the Committee which punished MPs who broke Parliamentary rules.

The Committee has been criticised for failing to clamp down on abuse of the expenses system.

The composition of the new committee which will oversee IPSA was quietly announced in an evening session of Parliament last Wednesday. Several MPs complained that no younger or more progressive politicians were selected for the committee.

IPSA will also have to consult the new committee on the final revised package for MPs’ expenses.

Downing Street sources sought to play down Ms Harman’s remarks. They said she was expressing a “personal view” in relation to MPs’ employment of their relatives or spouses.

A well-placed source added that IPSA’s role was to introduce the Kelly recommendations and that any changes would be “small practical issues” not “big show stoppers”.

The endless spin in which Harman indulges must be making her giddy. It's not Conservative MPs who will block these measures, it is Labour MPs and she knows it. Cameron has made it clear from the start that it's either his way or the highway for Tory members. Rock the boat and you're out on your ear, he's told them. And they believe it - he's got form. Not so with Brown, whose total lack of authority over his party has been revealed in all its inglorious truth by this scandal. The shameful and ongoing attempt, by Harman in particular but also by her enfeebled boss and some of his more slithering operators like Jack Straw, to muddy the waters about just where the hardening opposition to parliamentary reform is emanating from and is the most vocal and the most politically dangerous, only serves further to isolate Labour from an outraged public. The damage this issue alone is doing to Brown and Labour is clearly reflected in the polls. He can't get a grip on his own troughing, fiddling MPs, many of whom are or were cabinet members. He is hopelessly compromised as a consequence. It wouldn't matter if the economy rebounded by 30% next month and the deficit miraculously vanished, people would still not back him, thanks mainly to stories like this one. The apparently endless, mendacious, slippery manoeuverings of Harman, a woman so stupid that she simply does not know when to shut up, have caused more damage than Brown's own litany of well-documented shortcomings have even caused him. All it clearly highlights is that whatever Cameron might or might not be, at least he's got a grip on his own party.

People will know that if anyone blocks the Kelly reforms (which are hardly revolutionary in any case) it won't be MPs generally that block it, it will be Labour MPs. Conservatives are under orders, as the article sort of makes clear, and they are expected to obey. Labour MPs are feeling bloody-minded, self-righteous and indignant in their ridiculous sense of depthless entitlement. They will not lie down quietly like the Tories after the whip has cracked. And they will certainly not "reform" willingly, if at all.

You can therefore guarantee from whence the complaints of "several MPs", referred to in the article, about the make-up of the oversight committee (made up of MPs) for the laughably titled "Independent Parliamentary Standards Authority" (which is somehow meant independently to review MPs' behaviour and finances, while being reviewed itself by, er, MPs) emanate. The complaints are coming from Labour MPs wanting what already looks like a bit of a stitch-up to be complete stitch-up, rather than the partial one the current proposals represent.

Out of all this it's become pretty clear to me that there are really gold, silver and bronze medals of Olympian rottenness in Westminster today. The bronze medal goes to the current crop of MPs in general, whose almost total absence of common sense, decency and/or integrity (take your pick) in their venality and stupidity, and the ease with which they felt justified in fleecing the nation they were meant to serve, has besmurched the reputation of the mother of parliaments for years to come. The silver medal goes to Labour MPs, many of whose behaviour crossed the line into full-blown criminality long ago, and yet who, even now, like some sort of recalcitrant, slightly sociopathic recidivists, remain entirely convinced of their own moral superiority and determined to keep that golden goose laying.

But the gold medal - ah yes, the coveted Big Prize for All-Round Decay - that must go to Brown and Blair's Labour government, in the form of two of the most corrupt prime ministers of all time, one of whom was never even elected, and a long, oh-so-long procession of totally inadequate, usually incompetent and quite frequently lawbreaking ministers, in or out of cabinet, finishing up with the likes of Straw, Mandelson and, of course, Harman. They have lined their pockets relentlessly and will never, ever admit they have done anything wrong. Ever. More, they will go on to rig the system, regardless of the public's fury, like some second rate, corrupt politbureau jobsworths, so that it will always find in their favour, just so they get to keep the dacha and the Zil - and to hell with us proles.

The ethical rot was there among MPs on all sides, oh yes, but it flowed (and is still flowing, actually) from Labour for the past 12 years like an eighteenth century, open Parisian sewer. It took an awful lot of political reform and building work to rid Paris of an inundation of effluence and disease. The only way to begin to muck out this early 21st century British pigsty parliament is not with the Kelly destraction, it's with a General Election. But hey, everybody knows that, right?

We can at least then rid ourselves of the main source of the stench: the rancid corpse that is this Labour government.

Two hundred and thirteen long days to go before the clean-up can finally begin and we can try again with the Tories.
Posted by Jon Lishman at 11/02/2009 12:18:00 am