Expenses Blackout "A Collective Act of Denial Beyond Pathetic" 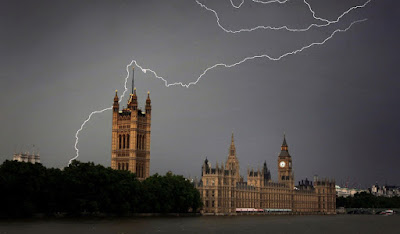 It's pretty extraordinary to me that there is what seems to be a virtual television news blackout on the latest, extraordinary twist in the expenses scandal. After a PMQs where no mention of the subject was made by MPs and their leaders, in what looks for all the world like a cowardly cross-party consensus, the main TV news outlets, the Beeb and SKY (ITN has no rolling news service so it's difficult to include it these days), appear to have dutifully forgotten all about it.

Preferring to concentrate on the lame 500-troop extra deployment (re)announcement from Brown - the poor bloody Royal Anglians are off to Helmand again - star of the show on both channels was
the new CGS Sir Jock Stirrup in a bizarre interview during which he appeared to call his predecessor, Richard Dannatt, a liar over the request during the summer for 2000 extra troops. "It's a myth," he said. Oh, really?
It's obviously one of those weird 'protect Brown' days in the broadcast media that crops up from time to time. While there have been some, small references to Clegg's pretty mendacious call for an extention to the Legg review that includes house flipping (mendacious because he knows a deal's already been struck to exclude this), there has been nothing about the rebellion Brown faces or more on David Cameron's uniquely hardline stance. Well, whatever the motive and the agenda of the 'village', as James Kirkup has said in his DT blog, they can do what they like but the expenses debacle is not going to go away. I would add that it won't go away until this parliament goes away, complete with the majority of its corrupt, whingeing, not-fit-for-purpose MPs. For good.

All important subjects, all worthy of parliamentary debate and all rightly discussed at Prime Minister’s Questions.

Yet there was not a single mention of MPs’ expenses, Sir Thomas Legg, public money or public trust. Not one MP, backbencher or party leader, dared to mention the issue that has fixated them for days and made them the objects of public scorn.

It’s not as if politicians aren’t talking about this. MPs are happy enough to talk about their expenses in the tearooms and corridors at length. But they won’t do it in the House of Commons, which is at least supposed to be the proper forum for national debate. As a collective act of denial, this is beyond pathetic. As a public spectacle, it verges on the surreal.

"A collective act of denial beyond pathetic." I like that a lot. But I would extend it to include the pathetic broadcast media, if not the entire, pathetic MSM (minus, perhaps, in this case at least, the Telegraph).