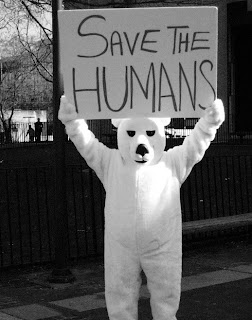 James Delingpole, citing Bishop Hill, is as gobsmacked as the latter by a professional analysis of the Fourth IPCC Assessment Report (you know, the one with all the "Gates" in it) by a scientist named Andrew Lacis, a colleague of arch warmist James Hansen at GISS, and someone who in no way whatsoever could be branded a "sceptic." Here's an astonishing bit:

There is no scientific merit to be found in the Executive Summary. The presentation sounds like something put together by Greenpeace activists and their legal department. The points being made are made arbitrarily with legal sounding caveats without having established any foundation or basis in fact. The Executive Summary seems to be a political statement that is only designed to annoy greenhouse skeptics. Wasn’t the IPCC Assessment Report intended to be a scientific document that would merit solid backing from the climate science community – instead of forcing many climate scientists into having to agree with greenhouse skeptic criticisms that this is indeed a report with a clear and obvious political agenda. Attribution can not happen until understanding has been clearly demonstrated. Once the facts of climate change have been established and understood, attribution will become self-evident to all. The Executive Summary as it stands is beyond redemption and should simply be deleted.

The entire thing, naturally, was buried by the IPCC thus:

Rejected. [Executive Summary] summarizes Ch 9, which is based on the peer reviewed literature.

It is quite difficult to frame in one's mind the kind of mentalities and egos at work here. Suffice to say, their levels of by now well-documented obscene corruption, which has already led to the starvation of millions (thanks mainly to the cultivation of subsidised biofuel crops on good agricultural land instead of food), means that we can safely conclude that they will stoop to anything to keep their hideous misanthropic ideology alive - and their own pathetic 'careers' - for as long as they possibly can. This is going to be one hell of a battle - but it is one that common sense, reason and good science cannot afford to lose.

Remember, also, that this Labour government has been, and remains, one of the major villains of this piece. We can start to correct the world's current rational imbalance by ejecting it when we are finally given the opportunity. But once the Tories are in power, if they don't immediately reassess their ridiculous commitment to this unhinged - and now unravelling - politically-motivated (it's mainly inspired by anti-capitalist people-haters) dogma, then they should be next. Better they correct their policies now, then, in a timely and honest fashion.

But first things first. First, we must deal with Labour. I'm utterly confident that the British people will do just that, and good on them for it.
Posted by Jon Lishman at 2/09/2010 08:20:00 pm