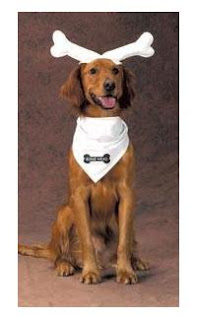 So Alan Johnson's loony-toons Postman Protection (Beware of the Yorkie) Bill 2010, has been unceremoniously dumped barely a week after he announced it all over the national media, or so I've just heard on Radio 4. As humiliating U-turns go, that one has got to be one of the fastest and biggest on record.

Well, while I'm obviously pretty happy this piece of ultra-boneheaded legislative garbage has gone, I can't help thinking that when John Reid talked about the Home Office being 'not fit for purpose', what he really meant was just about all Labourists of the ministerial class, especially Home Secretaries (including himself). I suspect he was thinking of your average, bog-standard, troughing Labour MP, too.

Cameron reborn, taking the fight out onto the hustings, finally getting the key policy areas into focus - and relishing the challenge of an energetic, vibrant general election campaign; Brown squabbling with his own party over dog laws, furiously chasing his own tale (as in story, rather than notional rear appendage) over Unite strikes and their funding of the PLP (and over a hundred Labour MPs), and losing all credibility over the debt crisis and the record structural deficit (if he ever had any) here, in Europe and everywhere else.

It all adds up to me as powerful signs of Labour's final decline.

And that denouement, people might one day say, all started with one overrated former postman's deep-seated fear, if not hatred, of poodles.
Posted by Jon Lishman at 3/16/2010 05:52:00 pm