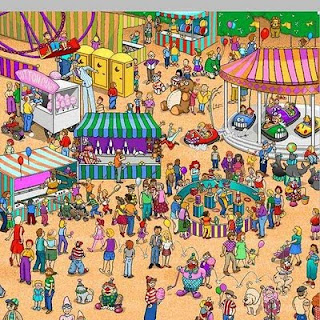 It looks like becoming what The Scotsman is now calling Gordon Brown's "Spring of Discontent", and the strikes and the latest sleaze scandals look to have produced the classic reaction from Macavity. "I wasn't there" Brown has vanished again. Where is he? Safely tucked up in the bunker, I would think, furiously scribbling apparently disconnected notes in his thick, black, felt-tip pen, but which have, in fact, one, recurring theme: how can he screw up the country even more. We know this how? Because it's happened before, several times.

We've always known that he really is bloody hopeless, and clearly a bit of a depressive as well - that's what all the hiding is about - but what's becoming crystal clear also is how powerless he's become. His is an empty shell of a premiership, hollowed out by coup attempts from the sensible-ish right of his party and now held to ransom by the militant tendency of the loony left.

So what's he done? Disappeared, just like he always does when the pressure really is on.