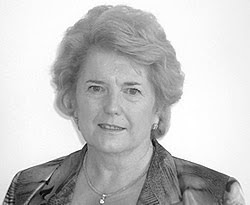 Brenda Dean (you know, her of SOGAT '82 fame), now Baroness Dean of somewhere or other, has claimed that she was 'shocked' to find out that Lord Ashcroft was a non-dom, (or maybe it was she was 'shocked' she hadn't been asked by her party to be 'shocked' sooner. Who knows? Who bloody cares?). She's a dyed-in-the-wool Big Union Labourist who's been recruited to try to keep the Ashcroft non-story bubbling along, so she would utter all this disingenuous claptrap wouldn't she.

The surprising thing, therefore, (possibly), is that The Times and, briefly, The Daily Telegraph, thought this to be front page news. The MSM's dodgy, increasingly naff judgment strikes again, then.

There was, however, one MSM source who was having none of it - namely Paul Waugh of the Standard. He joins the historical dots and sifts through Dean's place in the genealogy of the biggest union in Britain:

The noble baroness was not asked why Lord A should be treated differently from Lord Paul.

But something that many Tories would have wanted her to mention is this:

Brenda Dean made her name as the gen sec of print union Sogat 82.

Given that tomorrow's DT has evidence that Unite were given £18 million of taxpayer's money, of which £11 million went straight back to the Labour party in what looks incre 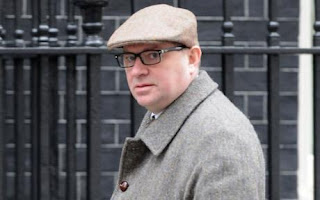 asingly like a really special kind of money laundering, you'd think these tossers, with their ennobled thicko mouthpieces like Dean, would have learned when to shut the hell up.

But they haven't - and I, for one, am counting on that! I'm pretty certain David Cameron and the Conservatives are too. Play it straight, like Hague did today, and let these spinning, lying, corrupt wreckers condemn themselves out of their own mouths, just like Brown did at PMQs yesterday, and ex-Communist Charlie Whelan, who's taken over the Labour party through Unite, too in his laughable interview.