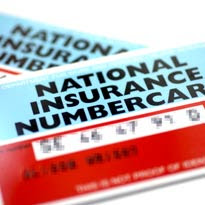 So this evening we learn that the penny has finally dropped with George Osborne and he's announced that he'll be immediately scrapping Labour's crazy plan to hammer national insurance if they win a fourth term. Whatever the economic impact of this - and it will only be good in the sense that businesses will be able to breathe a sigh of relief and Joe Public will have a little bit more to spend next year, at a time when the standard of living is falling in real terms - Osborne's promise has just won the Conservative Party another million votes-plus. Don't believe me? Remember the '92 Tories? It was the campaign against Labour's tax bombshell that turned that election.

All Osborne has to do now is keep his promises on becoming Chancellor, unlike Norman Lamont, regardless of the economic situation. The only way government overspending can be brought under control is by cutting that spending, not by shafting middle (and low) earners and squeezing small businesses all in the name of propping up bloated, inefficient, poorly managed and often appallingly wasteful public services, which is all half Brown's laughable pledges meant anyway.

Whichever way you look at it, this seems like a firm, confident change of direction for the Tories - a change in the right direction, therefore. It's clear, blue water they're putting between themselves and Labour, and it speaks directly to the electorate. It says that they value aspiration and enterprise over punitive taxation and out-of-control spending. It says productive jobs, not non-jobs. It also says to people "we want to win", something I, at least had begun to wonder about. People back a team that wants the prize.

Many will think that all this has come if not in the nick of time, then not a moment too soon. To me, though, as they bring their policies further into focus, and as their message becomes clearer and voters' attitudes crystalise as they gain more confidence in that message, the Tories will absolutely annihilate Brown in the general election. Yahoo!

So, bye bye gold-selling, fake-boom-and-giant-bust, giant dithering weirdo Brown. You're going down, buster, and my God you damn well deserve all you get, and then some!

PS: Iain Dale's latest 7 Days Show podcast covers some of this policy ground, among many other things. It's well worth the listen (if you like that sort of thing). You can get to it via his blog here.
Posted by Jon Lishman at 3/28/2010 11:20:00 pm