Beware of the Dog Law 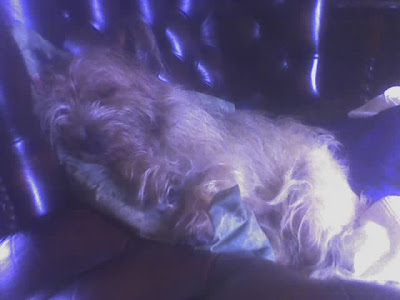 I have not been doing due diligence with the blogs lately, partly due to workload but mainly because of sheer exasperation at the level to which Labour continues to descend in its long, agonising (for Britain) stagger into opposition, so it's quite likely someone else has already made these fairly obvious observations about Alan Johnson's barking plans to introduce draconian new doggy laws.
If a former postman becomes Home Secretary, especially a Labour Home Secretary, should anyone then be surprised if his first really big idea about improving law and order is to launch a vicious attack on the liberty of dogs (and, by implication, of course, the liberty of dog-owners)?

The psychological trauma of all those fearfully fearsome Yorkshire Terriers snapping at the letterbox just at the moment of delivery must stay with these poor brave souls for life. Johnson clearly lives in fear at the very sight of even the most cuddly canine.

If these new proposals weren't so bad - and absolutely chilling in their scope - this would be bloody hilarious. As usual, though, however noble the cause to rid the country of dangerous dog owners might be, this legislation is as sinister as it will be totally ineffectual.

How many times do these idiots need it to be explained to them? The vast majority of people - in this case dog-lovers - who will obey the law to the letter are not the problem and never have been. The people who don't are and always have been. And that will not change. The bad owners, who turn dogs into monsters with their (the owners' not the dogs') mindless, feral brutality, will not care one iota about this Johnson person's pathetic Postman Protection Scheme. But only the innocent will be punished - threefold. First, with yet another new tax, which will rise every year; second, with yet another Labour assault on privacy and liberty; and third, with the consequent - and inevitable, given Labour's appalling record on this - abuse of these new "laws" that will follow.

Disproportionate, inaccurate, dishonest and dangerous. Sort of sums this fascist regime up quite neatly. Surely, they won't be missed. When they are politically buried, I trust this diabololical new Labour bill will be buried with them.
Posted by Jon Lishman at 3/09/2010 05:39:00 pm