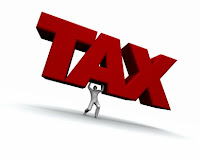 Liam Byrne, no stranger to the odd pork pie, told a whole tray-full of them a few minutes ago during his interview on Radio 4. In response to the serious damage caused to Darling's tax-on-jobs NICS policy by 23 business leaders, who between them employ over 500,000 people, and who've come out in favour of the Tory proposal to more or less scrap the plans, Byrne wriggled, exaggerated, diverted and lied like only he can. The ever-changing Labour economic narrative has just morphed again, this time into an even bigger cutting machine.

For instance, while Darling was only a few days ago talking about £12Bn of 'efficiency savings' - of cutting Labour's massive overspending in other words - today Byrne talked about £35Bn in cuts. Where the hell did that come from? I'm sure he has an answer (he always does), but that's a monster leap in the cuts bidding war in just a couple of days, and gives some indication as to how hurt Labour's economic policies have been by the letter (the bigger the lie, the bigger the damage - it's always been proportional with Labour). Anyway, that's the first bit of wild exaggeration.

Then he goes on about the Tories 'magicking' up figures out of thin air (yes, Liam Byrne said that, ho ho). They will need to find an extra £9Bn in cuts, on top of Byrne's new £35Bn mega-number (he was on a roll by now). The reality is, of course, a little more modest. The Tories will need to find £11Bn in savings, of which £4.9Bn will be counted as a loss against the extra NI money that would come from Labour's tax hike and rest pumped back into the services they have ring-fenced. Byrne damned out of his own, lying mouth again, then.

Whatever the rights and wrongs of this Byrne wriggling, what it shows is that the Conservatives have won the argument on cuts; Byrne's wild numbers at least show that the debate is heading in the right direction, that the government must stop overspending so that it can cut the monstrous national debt. The other thing he singularly failed to do was attack the letter from the business leaders itself. Never once did he say that the businessmen were wrong about the tax on jobs, or, directly at least, that the Tory policy was wrong, either. He did make some feeble reference to the last NI rise, hilariously saying that jobs actually rose after it (it was well before Brown's bust, when public sector employment was still ballooning, and paid for by, you guessed it, tax rises lol), but the thrust of his trainwreck argument was that the Tories were right, but they're Tories, so they're still wrong.

Very lame, Liam. Even for you.