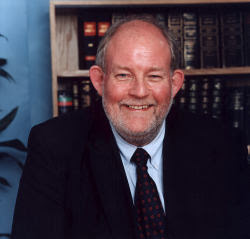 This blog is meant to be something of an aide-mémoire as well as a diary because I like to know where I was when 'stuff happened' in the wider world.

In that spirit, I am making a note here of the moment when Brown's authority, long dead, was finally buried. There are many references to this story and for no particular reason I've chosen the Telegraph's online take on it.

What's the point, you might ask. The story is pretty self-explanatory. Well, yes, it is. But there are one or two other things that can be made of it.

It's not so much the myth-making currently underway about Charles Clarke, of which as usual the MSM is only too willing to be a part (of course, the BBC's been doing it loyally for years): the idea that this guy is some kind of a Kenneth Clarke or Michael Hesaltine Big Beast simply does not bear scrutiny. This former NUS pres. is the man who failed as a Home Secretary, was a diabolical Education minister and has been sidelined for three years not merely because he's an 'enemy of Brown' (so is Mandy) but because he can't hack it. The only thing 'Big' about this idiot are his ears. And they really are big. No, it's not so much the bigging-up of a someone who is, in fact, a man of fairly modest political proportions.

It's that this is the man who could actually be about to take on Brown - and probably depose him if he does.

That's how diminished the auld fraud has become and that's why Brown will not make it beyond this summer's elections. Whether a direct challenge to his leadership or catastrophe in the Euros trigger it, or the upcoming expenses scandals in July, he will have to resign - and I think he knows it.

Whatever happens, speculation about Labour somehow 'limiting the damage' or 'hung parliaments' is now Toynbee-scale fantasy. They are about as screwed as it is possible for a political party to be without actually breaking-up completely. Wonderful.

And for my personal satisfaction, I've got it here on record.

==Update==
Wipeout:
ConservativeHome reveals in a new poll that 67% of the public expects the Tories to be the largest party in parliament after a General Election.

As Jonathan Isaby points out, the only thing that is surprising about this huge number is not the scale of the devastation Brown has caused to Labour, but the fact that 25% of those polled still seriously entertain thoughts that they have a cat-in-hell's chance of avoiding total annihilation. I had no idea there were that many delusionals Labour party loyalists left.

I suppose it explains why the Mirror and the Graun still have a some form of a readership, though.

As Guido says: if Clarke is serious he'd better act now. I sort of agree although I'd say this poll is clear evidence that it just might not matter any more. The Labour swines are finished whoever is in charge.