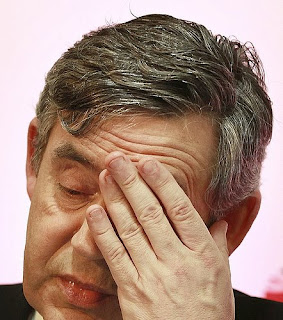 As Labour continues to tank in the polls as the expenses scandal begins to catch-up with them to add to their many other self-inflicted woes (Smeargate etc.), spare a thought for poor old Bunker Brown, the architect and the barely-beating heart of the calamity. He's taking an awful 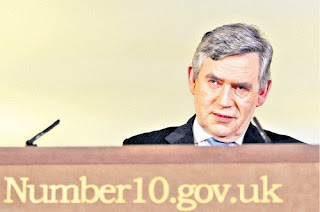 battering and the constant stream of terrible news is clearly taking its toll, judging by his hair colour.

After the total humiliation he and his party are heading for in the Euro and local elections, one wonders where his hair will go next: even greyer? White? Out? One thing is certain, though, a bottle of Just For M 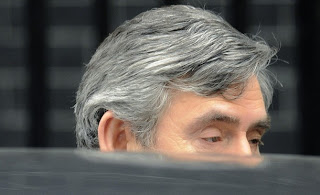 en is not gonna save him now. These are his last weeks in the office he stole. Hooray.